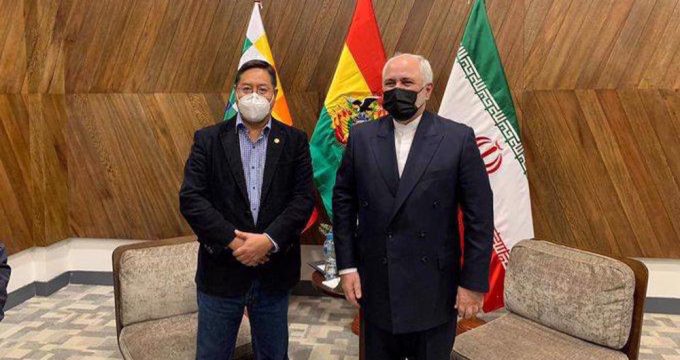 In a meeting with Foreign Minister of Iran Mohammad Javad Zarif in La Paz on Sunday, the Bolivian president thanked the top Iranian diplomat for attending his inauguration, saying Bolivia has plans to elevate relations with Iran.

Zarif, for his part, called for the expansion of relations and closer cooperation between the two nations, stressing that Iran would strongly support the Bolivian government and nation.

The Iranian foreign minister said in a tweet after the meeting that the two sides have discussed brotherly ties, including the political and economic relations, and ways to expand them.

Arce won 55 percent of the votes against six rivals on the ballot, easily avoiding the need for a runoff, and providing vindication for the Movement Towards Socialism (MAS) party of former President Evo Morales who was ousted last year and now lives in exile.