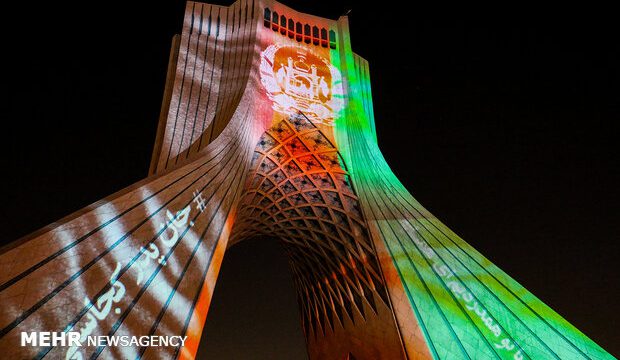 Iranian Foreign Minister’s Special Representative has expressed Iran’s support for the establishment of peace and security in neighboring Afghanistan.

In the conversation, the Iranian official condemned the recent deadly terrorist attack on Kabul University in the Afghan capital and condoled with the Afghan government and people on the tragic event.

The two sides also discussed the outcome of a meeting of Iranian, Russian and Indian envoys for Afghanistan recently held in Moscow.

The Iranian official further emphasized Tehran’s support for the establishment of peace and security in Afghanistan.

TOP PHOTO: Projection mapping on Tehran’s iconic Azadi tower on Nov. 5 in solidarity with Afghanistan over the terrorist attack at Kabul University.