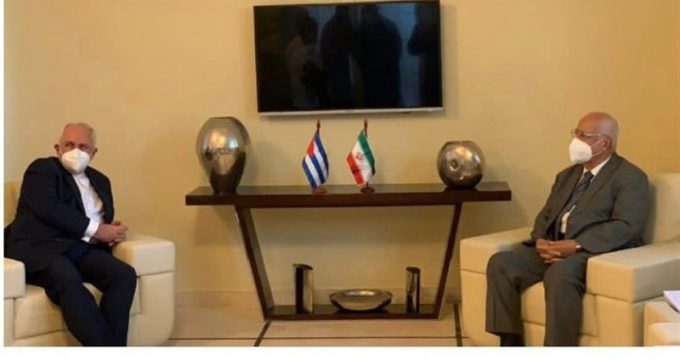 The foreign minister of Iran and Cuba’s deputy prime minister agreed on plans to promote economic and technological cooperation between the two nations in different areas, including in the medical sphere.

Iranian Foreign Minister Mohammad Javad Zarif held a meeting with Cuba’s Deputy Prime Minister Ricardo Cabrisas in Havana during a tour of Latin American that took him earlier to Venezuela.

In the Friday talks, Zarif and Cabrisas hailed the close political relations between the two countries and their cooperation and coordination in international organizations.

They also stressed the need to enhance the economic, energy and trade cooperation between the two nations.

Zarif and Cabrisas agreed on plans to share the experiences of the two states in the medical sector, nanotechnology, scientific and pharmaceutical fields, and the energy industry.

The top Iranian diplomat will travel to Bolivia after his visit to Cuba.