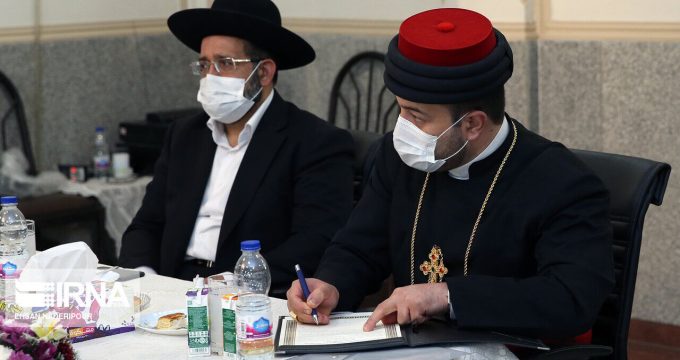 In a summit in the capital Tehran, Christian, Zoroastrian, and Jewish leaders rejected insults to religious sanctities under the pretext of freedom of speech.

They also emphasized the importance of mutual respect, adding that free speech does not mean insulting others’ belief.

They described as unacceptable Macron’s anti-Islam rhetoric, warning that such stance will lead to further provocations and chaos. They underlined that Macron’s remarks show his own weakness and offend Muslims as well as all freedom seekers around the world.