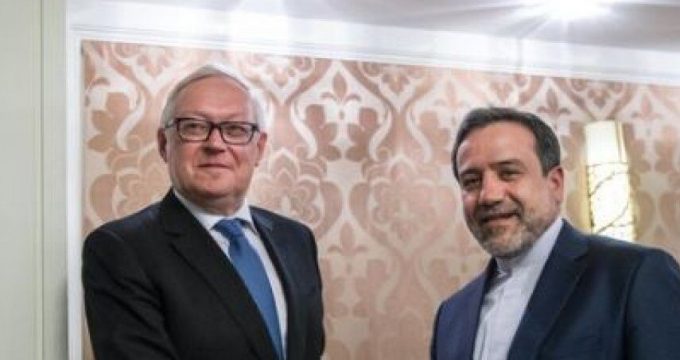 Russian Deputy Foreign Minister Sergei Ryabkov has underlined the need to preserve a hard-won 2015 Iran nuclear deal – known as JCPOA, according to a statement by Russian Ministry of Foreign Affairs.

The statement said that during a meeting in Moscow on Thursday, Ryabkov and his Iranian counterpart Abbas Araghchi discussed the latest developments surrounding the JCPOA.

The two sides also reviewed some other issues of bilateral importance.

Araghchi, who was visiting Moscow as President Hassan Rouhani’s special envoy, met with Ryabkov after having three hours of discussion with Russia’ Deputy Foreign Minister for Central Asia and Caucasus Andrei Rudenko to find a peaceful settlement to the border conflict between Baku and Yerevan.