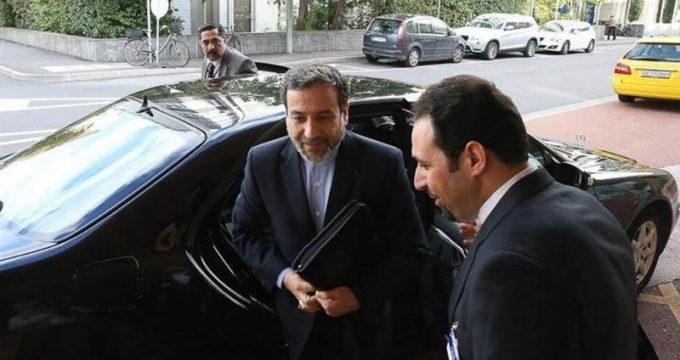 Iran’s Deputy Foreign Minister Abbas Araqchi traveled to Yerevan in a tour that took him earlier to Baku and Moscow for talks on an initiative developed by Iran for the settlement of the armed conflict between the Republic of Azerbaijan and Armenia over the Nagorno-Karabakh region.

Upon his arrival in Yerevan, Araqchi said he had very intensive and useful talks in Baku and Moscow, adding that he is slated to negotiate with the Armenian officials to find a solution for peace.

This is a very critical time, and a decision must be made as soon as possible to establish peace, the Iranian diplomat told reporters in Yerevan on Thursday evening.

During his stay in Moscow, Araqchi held a meeting with Russian Deputy Foreign Minister for Central Asia and Caucasus Affairs Andrei Rudenko to outline Iran’s plan to resolve differences between the Azerbaijan Republic and Armenia.

“Iran’s plan has been drawn up based on humanitarian principles and taking into account the demands of the warring sides,” he said.

Upon arrival in Moscow, Araqchi had told reporters that the Minsk group created by the Conference on Security and Cooperation in Europe (CSCE) has failed to resolve divisions between Azerbaijan and Armenia in 30 years.

“Now, the Islamic Republic of Iran, with its initiative, seeks to put an end to differences between Baku and Yerevan through regional cooperation. Of course, we have a tough task ahead to achieve this objective,” he said.

He said Iran seeks to settle the crisis through a regional solution in order to establish lasting peace.

“Interference is made by countries from outside the region which wouldn’t like to see peace take hold in this region,” he added.