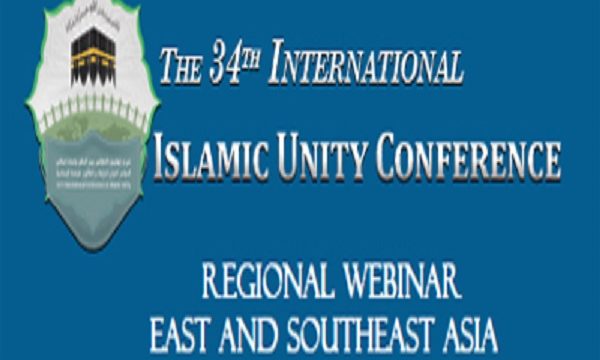 Staying united against the enemy plots is what Muslim scholars and officials at the 34th Islamic Unity Conference agreed upon as the ultimate way out from the crises that have gripped the Muslim world.

Over 160 delegates from 47 countries took part in the week-long event to share their thoughts in the event which was held via video conference.

Delegates also condemned Sudan, Bahrain and the United Arab Emirates for their normalization of ties with Israel. Earlier this month, Sudan became the fifth Muslim country after Bahrain, the UAE, Egypt and Jordan to side with Tel Aviv. Delegates at the conference called it a strategic folly and an open betrayal of all Muslims.

The annual conference is organized by the Iran-based World Forum for Proximity of Islamic Schools of Thought.

Every year, the conference brings together thinkers and statesmen from around the Muslim world to sit and talk over the most pressing issues of the Muslim community.

This year, the international event was held through a video conference due to the coronavirus pandemic.

The annual event marks the Islamic Unity Week which coincides with the birth anniversary of the prophet of Islam.

Muslim scholars at the conference underlined that Palestine remains the top priority and the innermost issue of the Islamic World, adding that the West has spared no effort in derailing that priority. Delegates at the Islamic Unity Conference vowed to stay united and keep up their support for the Palestinian cause.