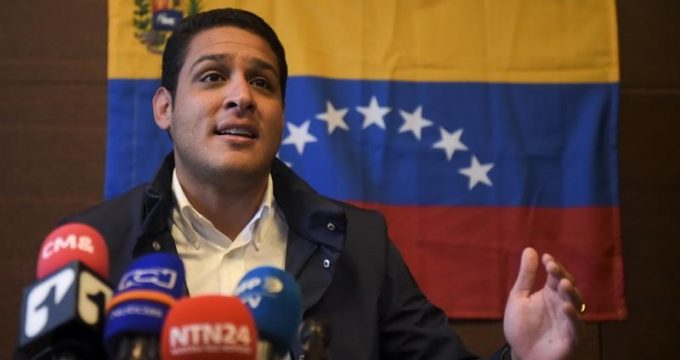 An Iranian plane owned by a company sanctioned by the United States for allegedly shipping weapons to Syria landed in Venezuela on Tuesday, according to an opposition Venezuelan lawmaker and flight tracking data.

The EP-FAB 747 aircraft, owned by Iran’s Qeshm Fars Air, landed at a time when trade ties have grown closer between the two OPEC members, whose oil industries are under increasingly strict U.S. sanctions. It was not immediately clear what the plane brought to Venezuela.

The plane landed at the Maiquetia airport serving Caracas in afternoon hours, according to a Twitter post by Jose Manuel Olivares, a lawmaker who represents the seaside state of Vargas where the airport is located.

Data on flight tracking website Flightradar24 showed the aircraft descending toward Caracas around 4 p.m. local time (8 p.m. GMT) after taking off in Tehran the previous night. The plane made stops in Tunisia and Cape Verde before flying to Venezuela, the data show.

Venezuela’s information ministry did not immediately respond to a request for comment.

The two countries’ growing ties have drawn criticism from Washington, which is seeking to pressure Venezuelan President Nicolas Maduro to leave power, and to thwart Iran’s nuclear program.