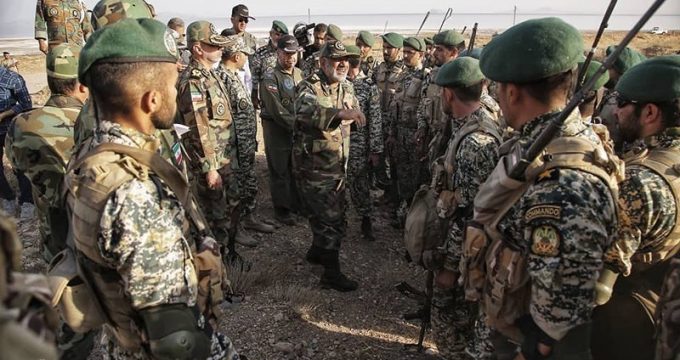 Iran to deal severely with Takfiri elements near its borders: Cmdr

Iran’s Army Commander said that Iran will deal severely with Takfiri elements near its borders.

During his visit to Air Defense Units and investigation of the air defense readiness status in the northwest of the country, Major General Seyyed Abdolrahim Mousavi emphasized maintaining the security of the people, especially the border residents.

“Air defense units have been strengthened in the northwestern region of the country and will be added if needed,” he said, adding, “The tranquility of the people is of special importance to us.”

Regarding the presence of Takfiri members in the region, he added, “Takfiri terrorists, ISIL and the Zionists are rejected elements all over the world, and their presence everywhere causes hatred and insecurity.”

“Our forces will deal severely with the presence of these elements near our borders,” he stressed.