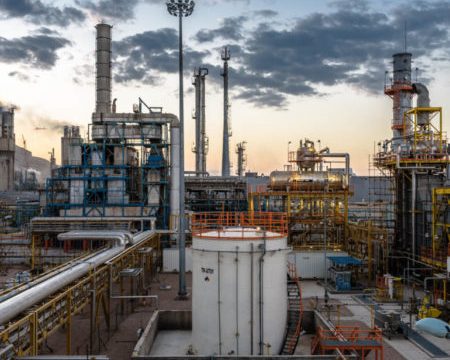 Iran has reported an 8-percent increase in its petrochemical output in the seven months ending October 21 despite problems faced in the sector because of American sanctions.

Iran’s National Petrochemical Company (NPC) said on Monday that output had reached over 35 million metric tons in the first seven months of the current calendar year.

Jalal Mir Hashemi, who leads output control operations at the NPC, said production could show a further increase by the end of the fiscal year in late March due to favorable conditions that exist in both sales and manufacturing.

Iran’s petchem output topped 66 million tons per annum (Mtpa) in the year ending March 2020, an increase of over 10 Mtpa in six years.

The surge has come despite growing pressures on Iran’s energy sector where a series of American sanctions have hampered investment and technology transfer.

However, the NPC says US sanctions have largely failed to halt Iran’s massive development plans for the petrochemical sector as the state-run company  goes continues to build new plants across the country.

Booming sales of petrochemicals have also helped the government compensate for the losses suffered in lower sales of crude because of the US bans.

Experts say sanctions have caused a restructuring in the petrochemical sector in Iran as plants now boast of more diversified production processes.

The Iranian government plans to reach 100 Mtpa of petrochemical output by March 2020 to create nearly $25 billion in revenues.

A target defined for March 2025 stipulates that production should top 133 Mtpa or $37 billion in value terms.