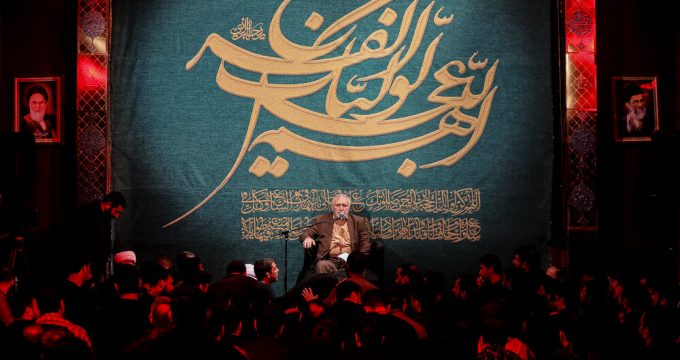 Today coincides with the 8th day of the lunar month of Rabi’ Thani, which marks the martyrdom anniversary of Imam Hasan al-Askari (PBUH), the 11th Shia Imam.

Heartiest condolences to all Shia Muslims throughout the world on this occasion. Millions of Muslims in Iran and around the world are observing the martyrdom anniversary of Imam Hasan al-Askari (Peace Be Upon Him).

Imam Hassan al-Askari (PBUH) was born in Madina, on the 8th day of the month of Rabi’ Thani, in the year 232 A.H. He was called ‘al-Askari’ in connection with the district of Askar in the city of Samarra’ in which he (the Imam) and his father, Imam Ali un-Naqi al-Hadi (BPUH) were imprisoned by the Abbasid caliphs.

The holy Imam Hasan al-Askari (PBUH) was born and brought up under the care of his father, Imam Ali al-Hadi (PBUH), who was well-known for his divinely inspired knowledge, holy striving (Jihad) and good acts and from him he learned the best of morals, the abundance of knowledge, the spirit of belief and the good merits of Ahlul-Bayt (PBUH).
Indeed, Imam Hasan al-Askari accompanied his holy father and lived whit him for more than twenty-three years, during which, he comprehended the sciences of the descendants of Holy Prophet Muhammad (S) and learned the inheritance of the divine leadership. He looked like his fathers in the fields of knowledge, good deeds, jihad, and calling to reform in the community of his holy grandfather, Prophet Muhammad (S). Various narrations are given concerning the leadership of Imam al-Askari (PBUH) and the issue of his leadership appeared during the period of his holy father, Imam Ali al-Hadi (PBUH).

Each year on this day, millions of Muslims, dressed in black, attend in Husseiniyahs (an indoor place for observing religious ceremonies) and mosques in mass mourning processions and listen to elegies, with benefactors distributing votive food.

In Iran, black-clad faithful gather in mosques, places of worship and religious sites to listen to eulogies delivered in honor of the revered figure. On this day, families and households prepare food, known as Nazri, for others as a way of almsgiving. The preparation and the partaking of this food are considered a privilege by believers. 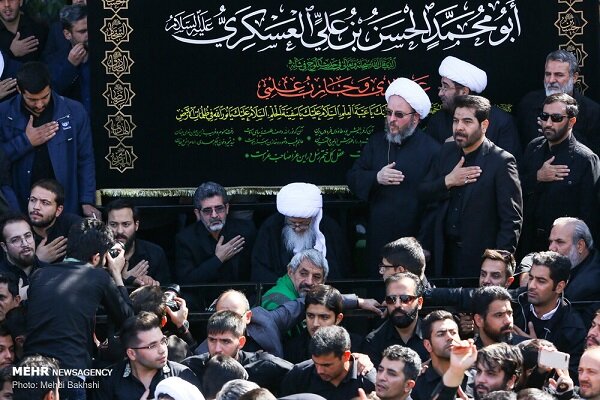 This year, however, ceremonies are different as large gatherings have been banned due to the outbreak of the novel coronavirus pandemic and people have been strictly recommended to take part in outdoor events while observing anti-coronavirus and social-distancing rules.

Indeed, Imam al-Askari (PBUH), like his noble fathers, was a prominent scholar and an Imam whom no one could ignore. He was the chief of religious scholars, an ideal of worshippers, a leader of politics and opposition, and towards whom the hearts of people adhered with love and respect.
In spite of the existence of the brutal terrorism of the Abbasid rule, and their political hostility towards Ahlul-Bayt (PBUH) and the continuous pursuit of authorities for him and his followers, and throwing them in prisons and jails, the caliphs of his time could not hide his personality or weaken his scientific and political role and his social status. Thus, the spiritual authority of the Holy Imam (PBUH) was imposed upon the rulers and the opponents of his time.
The great position of Imam Hasan al-Askari (BPUH) can be shown by the following historical document in which he describes the people’s conditions during the Holy Imam’s martyrdom:
“When the news of the martyrdom of Imam Hasan al-Askari (PBUH) was spread, Samarra’ became a scene of uproar. The markets were empty. Bani (the family) Hashim, the military leaders, the secretaries, the judges, and the rest of the people rode to his funeral. On that day, Samarra’ looked like the (day of) Resurrection.” 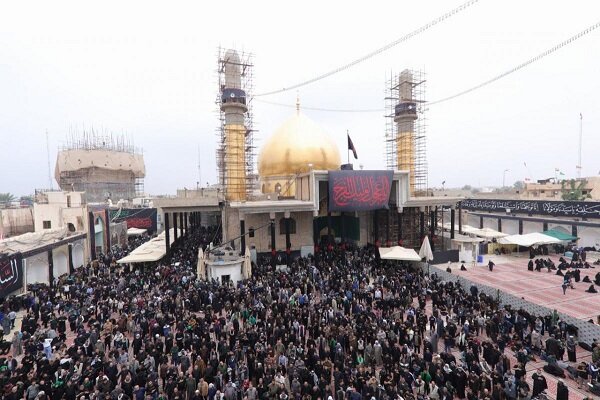 Imam Hasan al-Askari’s (PBUH) Divine Knowledge
The Holy Imam’s main task was to safeguard the Message of Islam, to defend its originality, to call people towards it and to convey its principles and values.
During the reign of Imam al-Askari (PBUH), the school of Ahlul-Bayt (PBUH) was filled with knowledge, calling to Islam and defending it and spreading its ideas, the chief element of this act was done through the academic way.
Indeed, the Holy Imam (PBUH) had students, companions and narrators, some of whom had continued their task since the reign of his father and grandfather, while others joined in during the period of his divine leadership. All these students and narrators had studied under the Holy Imam (PBUH) and quoted him in narrating Islamic sciences and culture.
Indeed, the religious scholars who either narrated from Imam al-Askari (PBUH), or who studied under his school, or who were educated in the school of the Holy Imam (PBUH) and his forefathers, participated in developing the scholarly offering in the fields of jurisprudence, interpretation, narration, faith, literature, geography, and other sciences.
All this evidence indicated the greatness of this school and also refer to the scholarly status of the Holy Imam (PBUH) and his high rank among people.

Martyrdom of Imam Hasan al-Askari (PBUH)
Imam Hasan al-Askari (PBUH) lived during the times of the Abbasid caliphs, Mu’taz, Muhtadi and Mu’tamid. The Holy Imam (PBUH) suffered more afflictions, confinement, terrorism and pursuit by the three above-mentioned brutal and cruel caliphs and was, also, exposed to imprisonment at different times before them.
The last caliph, whom the Holy Imam (PBUH) lived with, Mu’tamid, was dissolute, disposed to entertainment and pleasures, singing, and committing the forbidden. All these caused people to hate him, فhe Holy Imam (PBUH) suffered different kinds of troubles and torments in the hands of the caliph, Mu’tamid, who surrounded him with intensive security forces to keep an eye on him and pursue those who wanted to contact him. 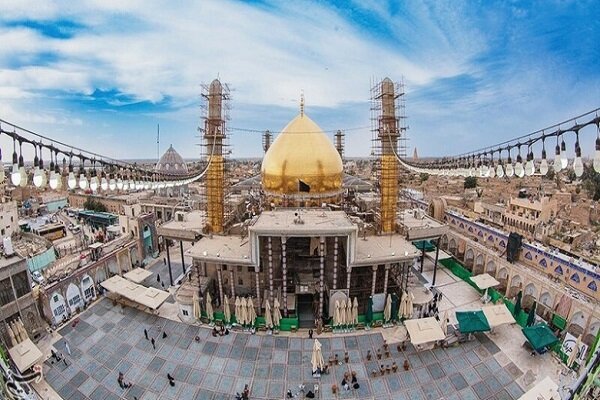 The reason that caused the Abbasids to be more envious against the high position of the Holy Imam (PBUH), among the Ummah, was their being afraid of his son, the Awaited Imam Mahdi (PBUH). They knew that Imam would be the son of Imam Hasan al-Askari (PBUH) whom he referred to in one of his letters:

“They thought that they could kill me in order to cut off my offspring, but Allah denied their sayings and praise be to Allah.”
The anger of the caliph, Mu’tamid, increased more when he saw that the whole Ummah glorified, and showed great respect and superiority to the Holy Imam (PBUH); and the Shias more than the Abbasids. On the other side, the caliph, Mu’tamid was greatly hated by the whole Ummah. Therefore, he decided to annihilate the Holy Imam (PBUH) and assassinate him.

Imam Abu Muhammad Hassan al-Askari (PBUH) was poisoned by the caliph, Mu’tamad, and, thus, suffered severely and was martyred on 8th of the month of Rabi’ Awwal in the year 260 (A.H.). At the time of his death, he was twenty-eight years old. He was buried in the house in which his father was buried in Samarra’. He left behind his son – Living Holy Awaited Savior Imam Muhammad al-Mahdi (PBUH) the one who is awaited to bring about the heavenly rule of truth in the whole world.

The Occultation of Imam al-Mahdi (PBUH) refers to the belief that the last and twelfth Shi’a Imam, Imam al-Mahdi (PBUH), was disappeared. The occultation was conducted at the permission and will of God and is one of the basic and mandatory teachings of the Twelver Shi’a sect. In Hadiths that have discussed the motives behind occultation, the idea of putting the Shi’a to test has been cited.

According to Shi’a belief, God never leaves the earth without His deputy, the ultimatum, and infallible Imam. After the martyrdom of the eleventh Imam (PBUH) in 260/864, the twelfth Imam, Muhammad b. al-Hasan al-‘Askari (PBUH), who was born in 255/646, inherited the position. By God’s knowledge and will, the twelfth Imam disappeared from sight in 260/874, although he is still alive and shall reappear one day to free the world from the violence and injustice that fills it, in order to place justice and fairness instead. 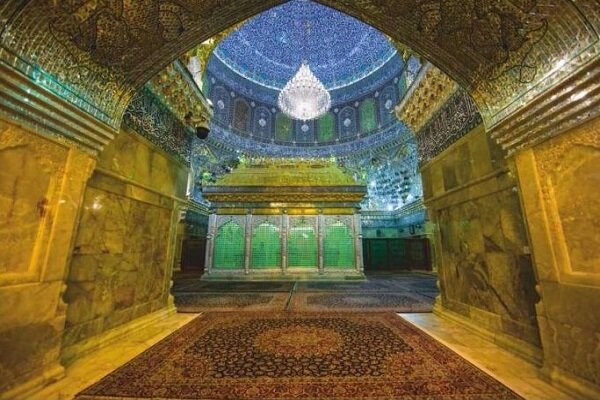