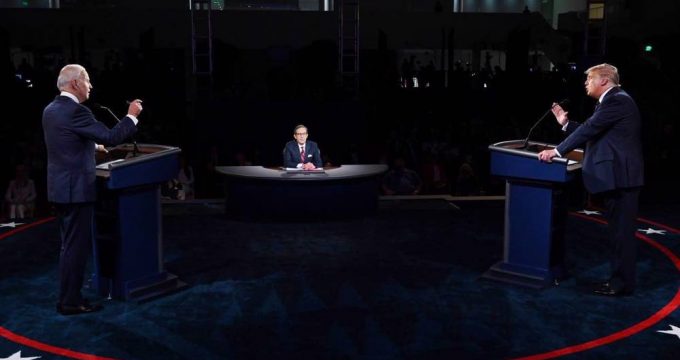 Iran has declared neutrality in the upcoming US presidential elections after Democratic candidate Joe Biden threatened to punish any country that interferes in the vote.

Alireza Miryousefi, the spokesman for Iran’s permanent mission to the United Nations, dismissed Biden’s warning, saying, “We do not comment on election issues and are not interested in entering the debate.”

“We have repeatedly stated that Iran does not interfere in other countries’ elections,” he told the American weekly Newsweek.

Director of US National Intelligence (DNI) John Ratcliffe alleged on Wednesday that Iran and Russia were attempting to influence American voters just two weeks from the November 3 polls.

Speaking at a news conference at FBI headquarters, he further claimed that both countries had obtained “voter registration information” and that Iran had sent emails designed to “intimidate voters, incite social unrest, and damage President [Donald] Trump.”

Ratcliffe also accused Tehran of distributing content including a video implying individuals “could cast fraudulent ballots, even from overseas.”

The following day, Biden was asked about what he would do to address alleged foreign meddling in the US presidential race.

Speaking at the final debate with Republican nominee Trump in the state of Tennessee, Biden said he has “made it clear that any country, no matter who it is, that interferes in American elections will pay a price.”

It was “overwhelmingly clear” during this elections “that Russia has been involved, China’s been involved to some degree, and now we learn that Iran is involved,” he claimed, warning, “They will pay a price if I’m elected. They’re interfering with American sovereignty. That’s what’s going on right now.”

During the debate, Trump also backed Ratcliffe’s claims about attempts by Moscow and Tehran to influence the elections.

“I knew all about that,” he alleged. “And through John—who is John Ratcliffe, who is fantastic, DNI—he said the one thing that’s common to both of them: They both want you to lose.”

On Thursday, Iran summoned the Swiss ambassador, whose country represents American interests in the Islamic Republic, to protest the US accusations of elections interference.

“In addition to rejecting the repeated claims as well as fabricated, clumsy and fraudulent reports of US regime officials, the Islamic Republic of Iran reiterates that it makes no difference for Tehran which of the two current candidates will enter the White House,” Iranian Foreign Ministry spokesman Saeed Khatibzadeh said.

He additionally advised Washington to stop playing “fruitless blame games, baseless accusations, and suspicious scenarios,” and try instead to act like a normal country in relations with others.