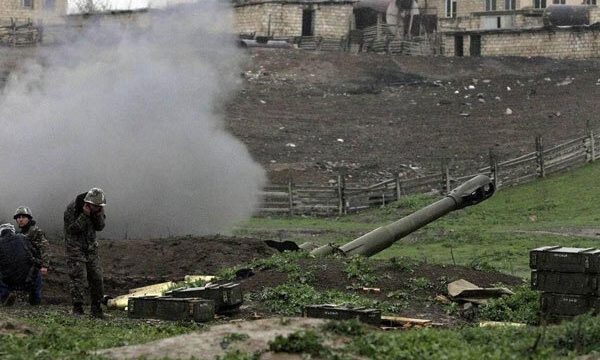 Stating that Armenia and the Republic of Azerbaijan must resolve their issues through dialogue, Spokesman of the Iranian Armed Forces said that they must not cross Iran’s red lines.

Brigadier General Abolfazl Shekarchi made the remarks on Friday, noting that a number of shells have hit the Iranian territory following the military conflicts between Azerbaijan Republic and Armenia.

“The Islamic Republic of Iran, while strengthening the defensive measures at border areas, emphasizes that the security of border area and Iranian people is the country’s red line,” he added.

He further called on Armenia and Azerbaijan to resolve their issues through political settlement, be aware of foreign interference, and not to violate Iran’s territorial integrity.

Stating that Iran’s good neighborliness and patience with the two countries should not be abused, Shekarchi warned both sides that any aggression against Iranian territory will be responded strongly.

He said that Armenia and the Republic of Azerbaijan must resolve their issues through dialogue and  they must not cross Iran’s red lines, adding that otherwise, they will definitely regret.

Azerbaijan and Armenia have resumed military war over the disputed Nagorno-Karabakh region almost three weeks ago. Stray fires have hit the Iranian border areas in the period and Tehran has seriously warned both parties to control their fire.