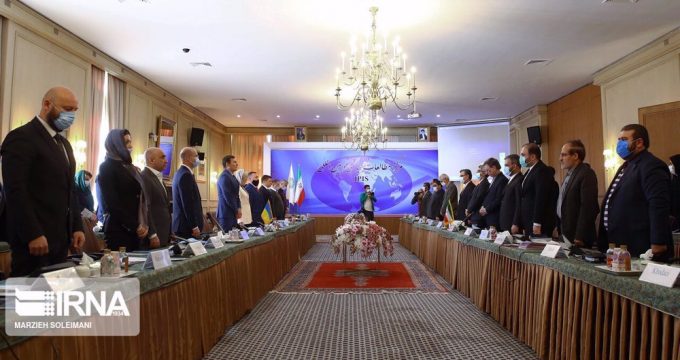 A deputy Iranian foreign minister says the Islamic Republic will soon release its report on the unintentional downing of a Ukrainian passenger plane in January, saying the country has done its utmost to ensure that the report avoids all bias.

Deputy Foreign Minister for Legal and International Affairs Mohsen Baharvand made the remarks in Tehran on Tuesday on the sidelines of a meeting with his Ukrainian counterpart Yevheniy Yenin.

Yenin is in the Iranian capital at the head of a Ukrainian delegation for a second round of talks over the tragic incident that saw Iran’s air defenses mistakenly down the airliner while on high alert against potential American military adventurism.

A US drone attack had earlier assassinated senior Iranian anti-terror commander Lieutenant General Qassem Soleimani and his companions in Iraq. The atrocity had prompted a retaliatory attack by the Islamic Republic against the US’s airbases in the Arab country and an exceptional state of preparedness for the Islamic Republic’s defense forces.

At the time of the crash, the Ukrainian plane was carrying 167 passengers and nine crewmembers. Upon finding about the “human error” that had led to the plane’s downing, Iran wasted no time in acknowledging the mistake and has vowed to help fully administer justice in the case, punish the perpetrators, and compensate the survivors.

“Iran will soon release a report on the incident. Foreign parties will observe the report and provide their possible opinions,” Baharvand said.

Iran has done all in its power to ensure that the report is completely technical in nature and unbiased, he said.

The Iranian official said the talks with the Ukrainian delegation examined some outstanding questions from the first round of talks that took place in Kiev earlier this year over the tragedy.

He said the second round of negotiations focused more on the legal and judicial aspects of the matter, describing them as positive and saying the two sides share common opinions about the whole issue.

This issue, however, “is more than anything a human issue, and whatever crime that may have been committed will be addressed [duly],” he said.

He asserted that the Islamic Republic is after dispensation of justice, and emphasized that precautionary measures should be taken so that no such incident would ever come to pass neither in Iran nor in any other part of the world.

About compensation of the families of the victims, Baharvand said the process has some legal aspects to it that have to be taken care of first, adding, “Governments may reach some agreements over the principles of dispensation of compensation in line with [relevant] international conventions.”

For his part, the Ukrainian official described the second round of talks as “very constructive,” saying, “A constructive atmosphere came about and we received answers for some of the questions that we had asked in the first round.”

Yenin called this a “great step forward” towards administration of justice, and welcomed the Iranian side’s readiness for completion of technical investigations.

He said Ukraine was “very pleased” with the Iranian side’s determination to help the truth come to light, adding, “At the present time, I think we are advancing in the right direction.”

A third round of negotiations is to address the incident in the Ukrainian capital in November.