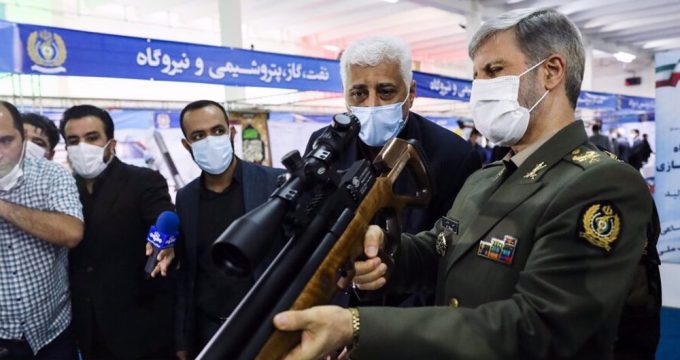 Iran’s defense minister says the country is going to support the countries that seek to defend their existence now that the UN Security Council’s restrictions on Tehran’s arms trade are lifted.

Brigadier General Amir Hatami said Iran will sell arms to the countries despised by the Americans if they ask for it.

“Many countries have already talked to us; we have held negotiations with some countries, and the grounds are totally prepared for exchanges [of weapons], both for selling [arms to other countries] and for supplying certain needs [buying weapons],” Hatami said in a televised interview on Sunday night.

“Of course our sales will be much more extensive [than our purchases],” he added.

The defense minister said all nations have the right to defend their territorial integrity, and Iran will be a good and successful actor in this regard as it seeks to preserve peace.

He said Iran’s goal is first to become self-sufficient and powerful in terms of defensive capabilities, and second to support the countries that seek to defend their existence.

In line with a historic 2015 nuclear deal, officially known as the Joint Comprehensive Plan of Action (JCPOA), the UN Security Council’s embargo on trade in conventional weapons with the Islamic Republic ended on Sunday. The nuclear accord had been endorsed by the Security Council in the form of Resolution 2231.

The development came in spite of months-long attempts by the United States to keep the arms embargo in place.

n his Sunday remarks, General Hatami said the sanctions imposed by the US against Iran pushed the country to move toward self-sufficiency, so much so that the Islamic Republic can now produce and supply 90 percent of its defense needs inside the country.

“Even our enemies admit that Iran today is a significant missile power in the world. … It is also a renowned world power in the aerial field,” especially in producing drones and missile defense systems, Hatami said.

“Our Khordad-3 defense system managed to target an expensive American stealth drone which had intruded the Iranian airspace,” he noted.

“You can’t find any move against this policy in the past four decades …. Wherever we took action, it was meant to create peace, help establish security and stability in the region. We honestly showed it to the entire world in the course of fight against the terrorists trained by the Americans,” Hatami said.