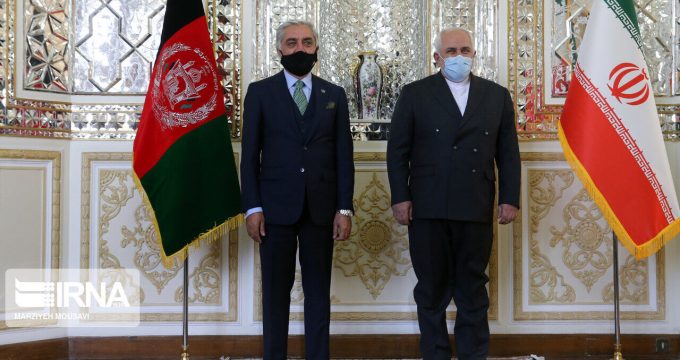 Iranian Foreign Minister Mohammad Javad Zarif emphasized Iran’s support for the peace process led by the Afghans and the agreements reached between the participants in the inter-Afghan talks.

Head of Afghanistan’s High Council for National Reconciliation Abdullah Abdullah who has arrived in Tehran on Sunday, met and held talks with Iranian FM Zarif.

Abdullah Abdullah, for his part, explained the latest developments in Afghanistan, as well as the latest status related to the inter-Afghan talks.

Head of Afghanistan’s High Council for National Reconciliation Abdullah Abdullah has arrived in Tehran on Sunday for a three-day stay and meeting with a host of officials including President Hassan Rouhani and Foreign Minister Mohammad Javad Zarif.

His trip comes amid ongoing peace negotiations between delegates from the Islamic Republic of Afghanistan and the Taliban.