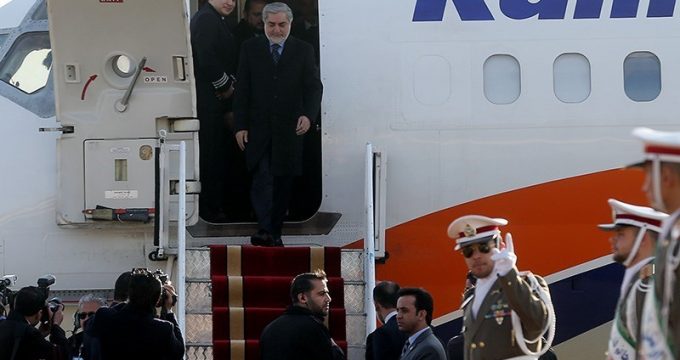 Abdullah Abdullah of Afghanistan arrives in Iran for talks

Head of Afghanistan’s High Council for National Reconciliation Abdullah Abdullah has traveled to Iran after visiting India and Pakistan in an effort to build a consensus on the peace process in his country.

Abdullah is heading a delegation comprising members of the Afghan reconciliation council as well as Afghan Parliament and Foreign Ministry.

Abdullah is scheduled to hold talks on the Afghan peace process, the negotiations in Qatar, and the need for regional consensus and support for the Afghanistan peace efforts.

Iran has repeatedly voiced commitment to supporting the peace process in Afghanistan under the guidance and ownership of Afghan people.