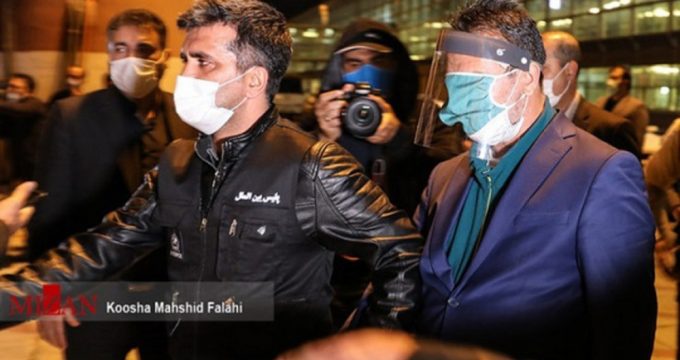 Spain has extradited a fugitive ex-Iranian banker implicated in a financial corruption case.

He is implicated in a case of fraud and embezzlement of hundreds of millions of dollars centered on Sarmayeh Bank and the Teachers Investment Fund.

Heidar Abadipour fled the country during preliminary investigations, but he was tried in absentia and received a 12-year prison sentence.

According to the Judiciary, the convict was wanted for “disrupting the country’s financial system” through corruption and acquisition of illegitimate property.

He was detained in Spain in June 2019 after Iranian police requested Interpol to issue a “red notice” for his arrest.

The extradition was the first time that a major economic convict was deported to Iran from Europe.

Iran’s Judiciary said the extradition is the first important step in fulfilling an order issued earlier this year by Judiciary Chief Ebrahim Raeisi to bring fugitive corruption suspects back to Iran.

“Undoubtedly, the efforts of the judicial system and other organizations to return Heydar Abadipour will sound the alarms for other looters of public funds who have escaped abroad and sought harbor in western countries,” the Judiciary said in a statement released on its website, vowing to go after other financial fugitives.