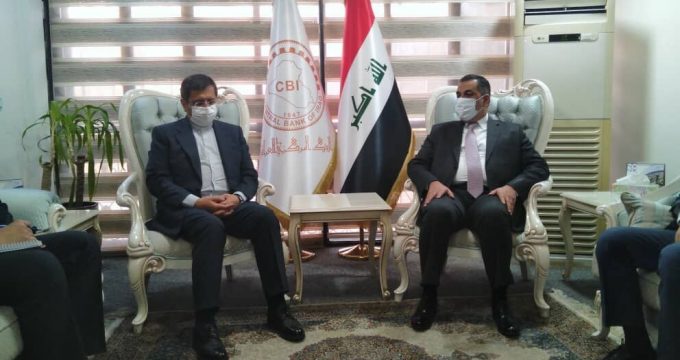 Ghalib Mukheef stressed that Iraq is trying to continue banking cooperation with Iran and to take advantage of Tehran’s cooperation in financial and banking fields.

There are some mechanisms for helping reinforce banking and monetary cooperation between two countries and solving problems, he said.

The Iraqi senior official further said that he has proposed forming a joint committee with participation of both countries’ banking and financial officials with the aim of working out solutions for the existing issues.

Hemmati, for his part, expressed hope that the complicated banking issues between two countries will be solved soon.

Tehran attaches importance to developing cooperation with Baghdad more than ever, he added.

Hemmati heading a delegation arrived in Baghdad on Monday to confer with Iraqi officials and Prime Minister Mustafa Al-Kadhimi.

Also during his visit to Baghdad, Hemmati held talks with the Iraqi Minister of Finance Ali Abdul-Amir Allawi.

Both sides examined the ways for the development of bilateral relations and issues concerning banking as well as financial ties.