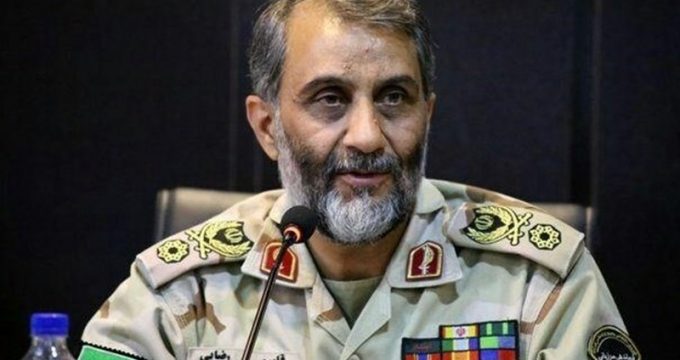 The Republic of Azerbaijan has apologized to Iran for a number of artillery shells and rockets that have hit the Iranian soil amid the war with Armenia, an Iranian commander said.

Speaking to reporters in the northwestern city of Tabriz on Wednesday, Deputy Commander of Iranian Police Brigadier General Qassem Rezaee expressed regret at the deaths following the recent escalation of armed clashes between Azerbaijan and Armenia.

He also noted the Iranian border guards have officially given warnings to the two warring sides after a number of artillery shells and rockets fell in Iran unwittingly, adding that both sides have admitted to have made a mistake.

General Rezaee said he has held a meeting with the Azeri officials at the border to remind them of the necessary issues, noting that they have offered their apologies.

The Azeri and Armenian forces have promised to correct their firing angle to prevent any harm to Iranian farmers, workers and residents of the border areas, he added.

On Tuesday, Iran’s Defense Minister Brigadier General Amir Hatami cautioned the warring parties in the Nagorno-Karabakh conflict that Tehran will take measures stronger than warnings if the shells fired in the fighting continue to hit Iranian territories.

“The lives of citizens and the security of the holy soil of Islamic Iran are vital and significant issues, and it is by no means acceptable that bullets hit our country’s territory due to carelessness,” Hatami said.