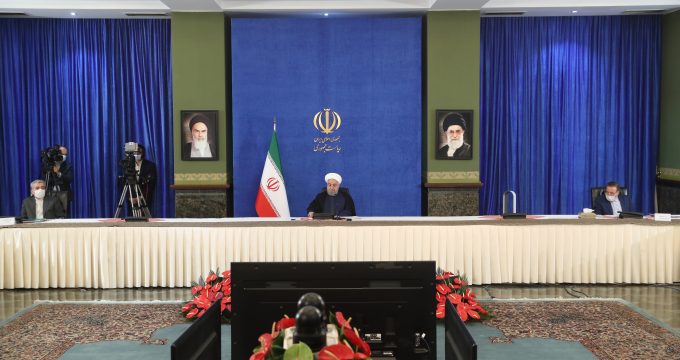 Iranian President Hassan Rouhani has launched tens of thousands of projects aimed at improving the rural and nomadic life across the country.

A report on the website of Rouhani’s office published on Monday said the projects opened via video conference earlier in the day had cost 131.22 trillion rials ($441 million).

The projects included nearly 6,750 construction schemes, over 26,000 projects for rural and nomadic employment and more than 72,000 rural house units.

The report said nearly 87,000 new jobs have been created as a result of the projects which came on the eve of a national day marking the rural and nomadic life.

While opening the projects, Rouhani hailed steps taken by his government to improve the rural environment in Iran, saying they would lead to a visible reduction in migration to cities in future.

The Iranian president promised all villages in Iran except in “one or two” sparsely-populated provinces will have access to electricity and natural gas by the end of his administration in August 2021.

He said the number of villages with access to natural gas had more than doubled since 2013, when he came into office, to reach nearly 32,000, adding that rural access to healthcare, modern communication and transportation services had also improved significantly in recent years.

Rouhani said governments in Iran have a duty to spur rural development, adding that villagers are key to preserving the country’s food security because of their substantial role in the agriculture sector.

The most recent nationwide census carried out by the Iranian government in 2016 shows that around 26 percent of the country’s population lives in rural areas.

The census puts the total number of villages across Iran at 62,000 with figures showing that around a third of those villages are occupied by less than 50 residents.