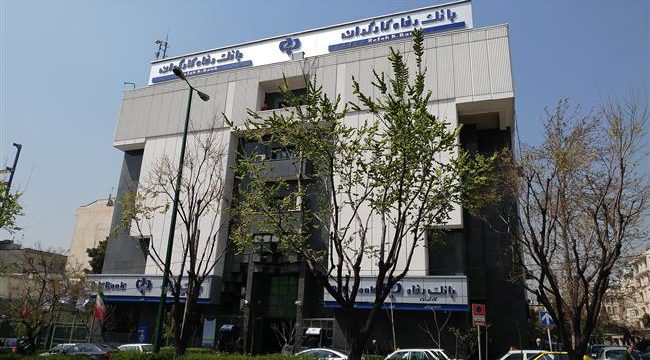 The European Court of Justice (ECJ) in Luxembourg has thrown out an Iranian bank’s claim for damages because of EU sanctions previously imposed on it in connection with the Iranian nuclear program.

According to the court on Tuesday, the judges rejected an appeal filed by Bank Refah Kargaran against a judgment of the European Union Court of First Instance, which dismissed the claim.

Accordingly, the judges at the European Court of Justice recognized certain legal errors in the determination of the scope of jurisdiction in the previous judgment. However, these did not reach a level that would have made the decision of the lower court necessary, it said.

The ECJ said the bank was first placed on an EU sanctions list in 2010 and 2011, which means that its assets in Europe were frozen, but the bank managed to have the legal acts annulled in court.

In 2013, the EU imposed sanctions on the lender again, prompting it to file an appeal which was rejected by the ECJ on Tuesday.

This is not the first legal battle of Iranian financial institutions in European courts. Sanctions have been imposed on Iranian banks over allegations that they were involved in the development of Iran’s nuclear energy program and had circumvented embargoes on Tehran.

In most cases, the General Court of the European Union has scrapped the sanctions on grounds that the EU had not presented any justification for freezing the assets and economic resources of the Iranian banks, but the EU has later reimposed them by using what it has usually described as new legal grounds.

In 2017, Iran’s Tejarat Bank filed a lawsuit with the European Court of Justice to seek damages for the losses it incurred as a result of several years of sanctions by the European Union.

In 2019, the UK government reached an agreement with Bank Mellat to settle a $1.6-billion damages claim brought by the Iranian bank after 10 years of negotiations. The bank said later the money pocketed was actually around $100 million.

Britain’s Supreme Court had ruled in 2012 that sanctions imposed on Bank Mellat over alleged links to Iran’s nuclear program had been unlawful, referring the case to London’s High Court, where the Iranian bank was seeking damages over the impacts of the sanctions on its reputation and goodwill in Britain and internationally, and other losses they had created.

Iran’s most major legal battles to protect its assets, however, have been with the United States.

Under US pressure, billions of dollars of Iran’s oil money and other funds are held up in several countries. The assets have been subject to a witch hunt by the Americans who have used Washington’s animosity toward the Islamic Republic to easily win lawsuits against the country in US courts.

US court: Ex-FBI agent’s family can claim $1.4 billion from Iran

On Monday, reports said a US court had ordered Iran to pay more than $1.4 billion in punitive and compensatory damages to the family of a former FBI agent who allegedly disappeared during a visit to an Iranian island in March 2007.

Levinson’s family said earlier this year that they believed he died in Iranian custody, but Iran denied that and said the former FBI agent had left the country “years ago.”

Months after he disappeared, US government sources acknowledged that before his trip to Dubai, Levinson had maintained an unorthodox contractual relationship with the analytical branch of the Central Intelligence Agency.

A handful of CIA officials were reportedly forced out of the agency and several more were disciplined after an internal investigation.

Last February, the ICJ ruled that Iran could proceed with a legal action to recover billions of dollars in frozen assets that the United States said must be paid to purported American survivors and relatives of victims of attacks blamed on the Islamic Republic without evidence.

In January, a US court’s ruling to seize Iranian assets worth about $1.7 billion outside the United States was thrown out for the time being.

The US Court of Appeals for the Second Circuit had ruled that the families of US troops killed in 1983 bombing of the US Marine Corp barracks in Lebanon get access to Iranian funds in Luxembourg.

But the US Supreme Court rejected the ruling and sent the case back to the lower court so that it could issue a new decision based on a law signed by President Donald Trump which allows families to access Iranian assets.

In 2016, the US Supreme Court allowed the families to claim “compensation” from Iran’s assets, but the Central Bank of Iran contented that the funds were held in Luxembourg and thus could not be seized.

Last March, a Luxembourg court refused to reinforce a US ruling that would have helped families of victims of the Sept. 11, 2001 attacks claim Iranian assets held by a clearing house in the tiny European country.

The court ruled that there were no grounds in international law to uphold in Luxembourg a 2012 US court decision to strip Iran of sovereign immunity.