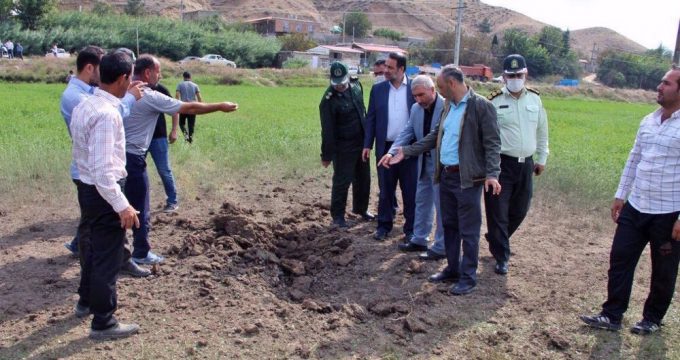 an’s Defense Minister Brigadier General Amir Hatami once again warned the warring parties involved in military clashes over the disputed Nagorno-Karabakh region that Tehran will take stronger measures than warnings if the shells fired in the fighting continue to hit the country’s border regions even by mistake.

“It is not acceptable at all that a bullet hits the Islamic Republic’s borders due to a mistake or carelessness,” Hatami said in the northeastern city of Mashhad on Tuesday.

Since the beginning of the Karabakh conflict some 10 days ago, Hatami said, the Iranian border areas have several times been shelled by mistake.

He added that Iran had already given the Republic of Azerbaijan and Armenia the “necessary warnings” in the wake of those incidents.

The defense chief said the lives of Iranian citizens and the country’s security are of vital importance, adding, “If this continues, broader measures will be adopted.”

Hatami expressed hope that all the parties to the conflict would heed the warnings.

The minister’s comments came after officials in the northwestern Iranian province of East Azarbaijan reported that mortar shells fired during the latest round of fighting between Armenia and Azerbaijan had hit border rural areas in Iran.

According to reports, one of the mortar shells that hit a village in Khoda-Afarin County injured a six-year-old child and caused horror among people.

Since late September, heavy clashes have been underway between Azerbaijani and Armenian military forces over the disputed Nagorno-Karabakh region. Both sides blame each other for initiating the fighting in the Caucasus Mountains.

For years, the two neighbors have been locked in a conflict over Azerbaijan’s breakaway region of Nagorno-Karabakh mainly inhabited by ethnic Armenians. Though a ceasefire was agreed in 1994, Baku and Yerevan continue to accuse each other of shooting attacks around the enclave.

Iran’s Interior Minister Abdolreza Rahmani-Fazli told reporters on Monday that the country will not tolerate any form of insecurity along its borders.

“We have advised and also warned neighboring countries that we will not tolerate insecurity and intervention and any other measures, which might be aimed at compromising security of our people along borders regions,” he said.

The Iranian Foreign Ministry spokesman also on Saturday gave a stern warning to the sides involved in the military clashes against violating the Islamic Republic’s territory.