Islamic Republic of Iran called for an immediate ceasefire between Azerbaijan Republic and Armenia over Nagorno-Karabakh conflict. 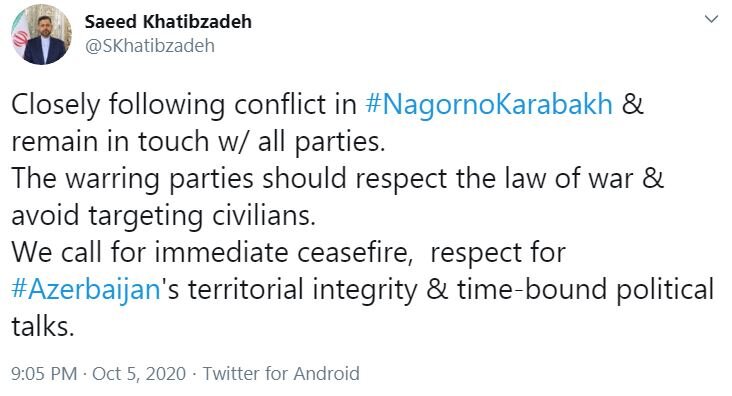 Foreign Ministry Spokesman Khatibzadeh said on Monday that the country has prepared a plan to put an end to the decades-old conflict between Armenia and Azerbaijan over the Nagorno-Karabakh region.

He added that Iran is closely watching the developments near its northwestern border and is in contact with both parties. “From the day the conflict started, Iran told both parties that there will be no military solution to solve the decades-old dispute. Again while respecting the territorial integrity of Azerbaijan and the need to withdraw forces from occupied cities, we stress that military conflict should be halted swiftly for the start of comprehensive political dialogue.”