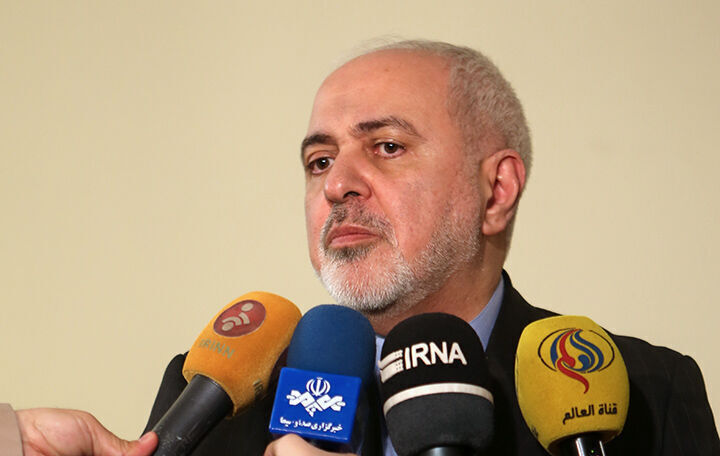 Iran’s foreign minister says if the British government makes payment of Iran’s outstanding debt conditional on the release of the dual British-Iranian national, Nazanin Zaghari, it would be tantamount to stealing the Iranian nation’s money.

Mohammad Javad Zarif made the remarks in a Sunday interview with a Persian-language newspaper in Tehran, when asked about UK’s claim that Iran is taking Zaghari as hostage in order to force London to pay the debt it owes Tehran arising from the non-delivery of Chieftain tanks ordered by Iran’s former regime.

Nazanin Zaghari is an Iranian citizen who is currently serving a five-year jail term in Tehran on charges of espionage for the UK. Iran’s intelligence authorities arrested Zaghari, who also holds a British passport, at Imam Khomeini International Airport in April 2016 as she was about to board a plane to London.

The 39-year-old Zaghari was arrested after it became clear that she had run an illegal course to recruit and train people for the BBC Persian Television, a channel Iran deems is an extension of Britain’s anti-Iran propaganda machine.

“Suppose that they pay us the money and Ms. Zaghari is released and leaves the country at the same time; is there any guarantee that British media would not then launch a campaign claiming that Iran only released Ms. Zaghari after its money was paid?” the paper asked Zarif.

“If they do this, it would mean before the world’s public opinion and even in Britain itself that Britain is a thief, not that Iran is a hostage taker,” Iran’s foreign minister answered.

“They have not paid the money that belongs to the oppressed Iranian nation. Therefore, they have no right to set any conditions for its payment,” Zarif added.

Iran’s top diplomat noted that extensive negotiations are going on between foreign ministries of Iran and UK at the present time in a round-the-clock manner to secure payment of the Iranian nation’s assets despite tough conditions caused by the deadly new coronavirus pandemic.

Zarif stated that the two countries are also negotiating prisoner swap, but emphasized that these two lines of negotiation are totally independent of each other and have nothing to do with one another.

He made the admission in a letter seen by The Guardian.

Wallace said London is seeking ways to pay off the debt to Tehran, which is estimated to be as much as £400 million arising from the non-delivery of tanks ordered by Iran’s ousted monarch Mohammad Reza Shah.

International Military Services (IMS), a subsidiary of the British Ministry of Defense, signed contracts in 1971 to sell more than 1,750 Chieftain tanks and armored vehicles to Iran. The deals were cancelled after the Shah was deposed in the 1979 Islamic Revolution, but Iran had already paid for the undelivered tanks and demanded its money back.

An international arbitration in 2008 ruled the UK owed the debt, but it has not yet paid up.

“With regard to IMS Ltd and the outstanding legal dispute the government acknowledges there is a debt to be paid and continues to explore every legal avenue for the lawful discharge of that debt,” Wallace wrote.

Later the same month, the Iranian Defense Ministry urged the United Kingdom to take “practical and expeditious” steps to settle a staggering 40-year-plus debt to Tehran.

In a statement, the ministry noted that British defense secretary has himself confessed to his country’s outstanding debt to Iran, adding that valid international rulings have also found the UK liable in the case.