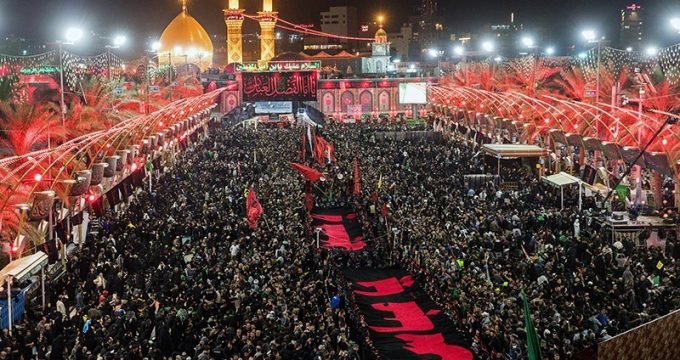 Commander of the Border Guards of the Islamic Republic of Iran Police Brigadier-General Ahmad Ali Goudarzi said that Iran and Iraq emphasize on keeping the borders closed, so the pilgrims should not go to the borders under any conditions.

Touring Shalamcheh border late on Sunday, he pointed out that the border is closed for Arbaeen pilgrims and Iraq does not receive pilgrims on its borders.

This year, Arbaeen Walk will not be held as it was announced both by the Iraqi government and the National Coronavirus Taskforce earlier, he said, noting that the Iraqi officials have repeatedly stressed in joint talks with Iranian counterparts that no decision will be made on reopening the borders.

Security at the country’s borders is stable and there is no problem at present, the commander added.

Arbaeen marks the end of a 40-day mourning period following Ashura, the religious ritual that commemorates the martyrdom of the Prophet Muhammad’s (PBUH) grandson and the Third Imam of Shia Muslims, Imam Hussein (PBUH) in 680. Over the past years, hundreds of thousands of Shia Muslims from around the world, including Iran, flocked to the  Iraqi city of Karbala for the pilgrimage, but this year the ceremony will not be held due to spread of coronavirus.