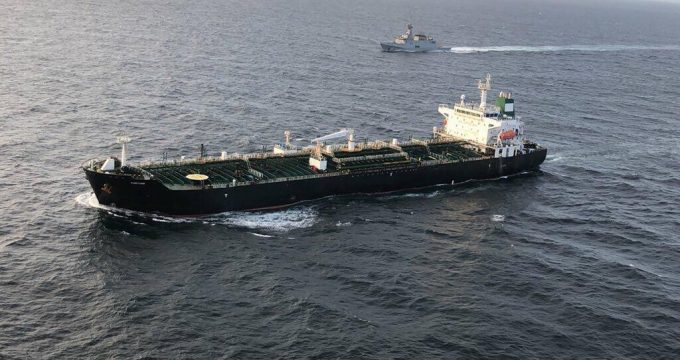 The final vessel in a flotilla of three Iranian fuel tankers entered gasoline-starved Venezuela’s waters on Saturday, in the latest sign of cooperation between the two countries amid protests over shortages in the South American nation.

The Faxon, carrying around 234,000 barrels of fuel, was directly north of Venezuela’s northeastern Sucre state as of 9:37 a.m. local time (1:37 p.m. GMT) on Saturday, Refinitiv Eikon data showed. The second vessel, the Fortune, had docked at western Venezuela’s Amuay port on Friday, the data showed.

The flotilla was the second group of fuel tankers Iran has sent this year to Venezuela, a once-prosperous OPEC nation now experiencing gasoline shortages due to years of underinvestment and lack of maintenance at its refineries, and U.S. sanctions on state oil company Petroleos de Venezuela [PDVSA.UL].

The shortages have led to snaking, sometimes days-long lines outside PDVSA gas stations. Together with unreliable water, power, and cooking gas supplies, the shortages have prompted a new wave of protests as discontent intensifies in Venezuela’s near-abandoned interior.

Washington sanctioned PDVSA last year as part of its push to oust Venezuelan President Nicolas Maduro, who has overseen an economic collapse in his six-year tenure and is accused of human rights violations, corruption and rigging his 2018 re-election. Maduro says the United States is seeking to steal Venezuela’s oil riches.

Iran’s oil industry is also under U.S. sanctions over the country’s nuclear program, and the growing cooperation between the two countries this year has alarmed U.S. authorities. But the three tankers – just like a flotilla of five tankers that Iran sent between May and June – arrived without incident.

The first tanker in the current group, the Forest, docked at central Venezuela’s El Palito port on Tueday.