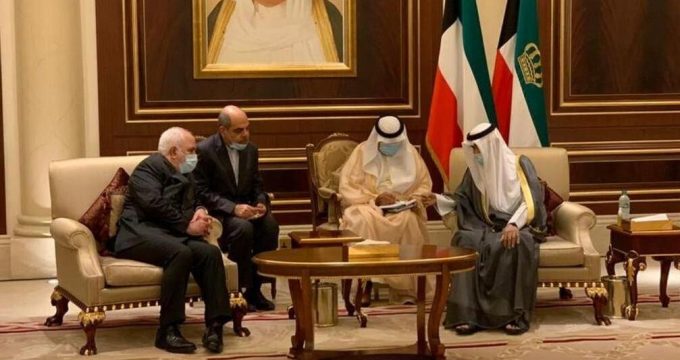 Iranian Foreign Minister Mohammad Javad Zarif in a meeting with new Emir of Kuwait Nawaf Al-Ahmad Al-Jaber Al-Sabah, sympathized with the government and people of Kuwait over the departure of the late Emir Sheikh Sabah Al-Ahmad Al-Sabah.

Zarif visited Kuwait on behalf of Iranian President Rouhani to convey Iran’s support to the nation.

Earlier, President Rouhani In his message to the new Emir of Kuwait expressed regret over the sad departure.

He prayed to God Almighty to bestow peace upon His Soul and patience for the Royal Family.

Sheikh Sabah al-Ahmad as-Sabah passed away at the age of 91 in the United States.