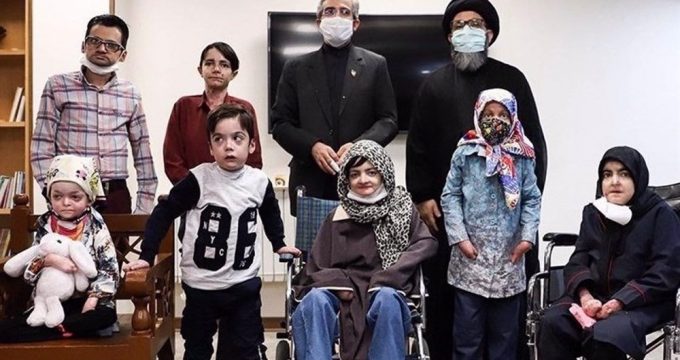 The head of the Iranian Judiciary’s High Council for Human Rights has censured the Western states for pretending to be advocates of human rights while blocking Tehran’s imports of medicine meant for child patients.

Ali Baqeri-Kani made the remarks during a visit to a medical center for treatment of children suffering from epidermolysis bullosa or EB on Thursday.

He said the European governments “do not even adhere to the rules and regulations of war, because in wartime medical mechanisms are immune from violation.”

The Iranian official said the Europeans who claim to be advocates of human rights prevent the delivery of medical supplies to the Iranian patients while supporting terrorist groups and acts of terror.

“These governments that do not allow oppressed children to have access to medicine provide facilities and a haven to executioners, butchers and terrorists, while arrogantly claiming to be defenders of human rights,” he said.

Often known as butterfly children because their skin is as fragile as the wings of a butterfly, EB patients need special care. Even mild frictions or bumps cause severe blistering of the skin which is painful.

They often have difficulty with daily activities, such as walking, eating and even breathing, but without proper protective bandages, their agony is heartbreaking.

The trade of humanitarian goods, such as food, medicine and medical devices, is theoretically allowed by the US, but European companies refuse to do business with Iran, fearing secondary American sanctions.

Since the reimposition of sanctions, Swedish medical products firm Molnlycke Health Care has stopped delivering Mepilex dressings which are trusted around the world to treat a wide range of chronic and acute wounds, including in EB patients, Iranian media reports say.

US President Donald Trump pulled his country out of a 2015 nuclear deal with Iran and reimposed sanctions, saying he believed economic pressures would force Tehran into concessions.

Washington claims the sanctions target the government, but ordinary Iranians are the ones who suffer the most.

The International Court of Justice (ICJ) — the principal judicial organ of the United Nations — ordered the US in October 2018 to halt the unilateral sanctions it had reimposed on humanitarian supplies to Iran.