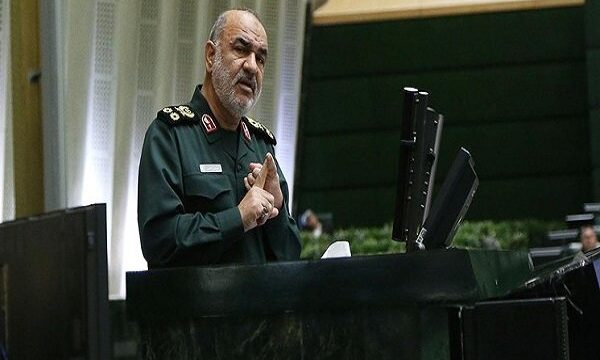 There will be no military war against Iran: IRGC chief

The US is unable to take military action against Iran, Commander of the Islamic Revolution Guards Corps Major General Hossein Salami said, warning that reconciliation would not stop the US from trying to harm the Islamic Republic.

In an address to the Iranian parliament on Tuesday, Major General Salami said there is no possibility of a US war against Iran, since the road to military action on the country is closed.

“We have prepared the capacities for military victory over the enemy, and have sometimes imposed our tactical resolve on them,” the commander said.

Pointing to the enemy’s economic and psychological war against Iranian people, the IRGC commander said the US is neither able nor willing to settle the problems in Iran.

“Even if we make up with the US, it will harm us again,” he stated, describing the notion of compromise with Washington as a “political deception”.

Leader of the Islamic Revolution Ayatollah Seyed Ali Khamenei has announced repeatedly that Iran will not hold talks with the US, either bilaterally or multilaterally.

“If the US backs off from its call, repents, and returns to the nuclear treaty it has breached, then it will be able to join the gathering of the parties to the deal (JCPOA) who hold meetings and talk with Iran, otherwise no negotiations will take place between the officials of the Islamic Republic and the Americans at any level, not in New York and not anywhere else,” Ayatollah Khamenei said in September 2019.