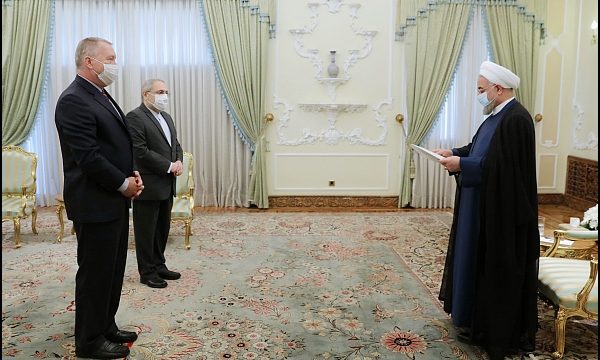 Rouhani made the remarks on Tuesday, while receiving credentials of the new ambassador of the Czech Republic in Tehran, Josef Rychtar.

Rouhani expressed his satisfaction over the EU’s stance and also that of the Czech with regard to supporting the Iran nuclear deal known as the Joint Comprehensive Plan of Action (JCPOA) and standing against US unilateralism.

He called for the continuation of Tehran-Prague cooperation without being affected by Washington’s illegal and unilateral sanctions.

Rychtar said Prague is after promoting cooperation with Tehran in trade, scientific and cultural fields.

He noted that the Czech Republic together with other European states will support the Iran nuclear deal.