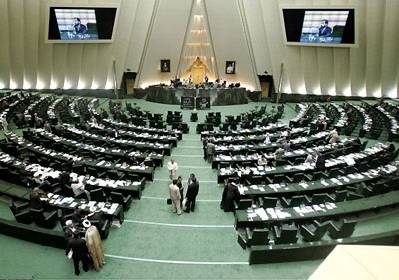 The National Security and Foreign Policy Commission of the Iranian Parliament issued a statement on Tuesday in reaction to the allegations raised by some European countries about human rights violations in Iran.

Here is the full text of the statement:

Under the fundamental principles of the Charter of the United Nations, specifically the “Declaration of Principles of International Law”, no government or a group of states have the right to interfere, directly or indirectly, in the internal or external affairs of another government.

The recent move of European countries in accusing Iran of violating Human Rights as well as interfering in the internal affairs of the Islamic Republic of Iran lacks any legal basis and it is considered a clear violation of international law.

In order to defend the interests of the Iranian nation, Iran’s Parliament supports the Iran Judiciary System for observing legal principles for punishing criminals in the framework of fair trials.

Therefore, it is expected that the Government of the Islamic Republic of Iran and the diplomatic apparatus use all their capacities to take reciprocal and deterrent measures to prevent these countries to accuse Iran of violating human rights.

It is surprising that some European countries refuse to accept their responsibility for human rights violations in their policies at the regional and international levels.

Although they pretend that they are human rights defenders, so far, they have not taken any action over oppressive anti-Iran sanctions.

They prevent the delivery of medicine to Iranian children who are suffering from special diseases due to these cruel sanctions.

Also, these countries are involved in the massacre of thousands of Yemeni children via sending weapons to some Persian Gulf States.

Basically, these countries have no understanding of Human Rights, and it is suggested that Europeans deal with the problems of minorities such as black people and Muslims who are the victims of gross human rights violations in these countries.