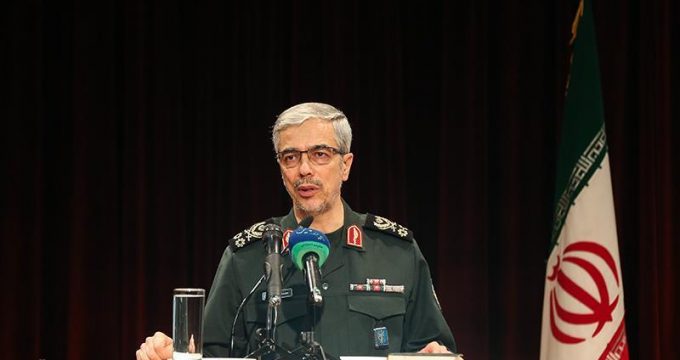 Top general: UAE to be treated as enemy If israel hurts Iran’s security

ran’s highest-ranking military commander warned the United Arab Emirates that it will be held accountable for any harm to the Islamic Republic’s security caused by the Zionist regime as the Arab country has normalized ties with Israel.

In a televised interview on Saturday night, Chief of Staff of the Iranian Armed Forces Major General Mohammad Hossein Baqeri decried the UAE’s move to normalize relations with Israel although the Emiratis had sent Iran messages over the past two years demanding that Tehran not treat them the same as Saudi Arabia.

Things changed when the UAE announced the normalization of relations with Israel, which means allowing the establishment of military bases and bases for intelligence and cyber operations, the commander noted.

“If the Zionists establish a foothold in the region and our defense and security are harmed, then we will regard them (UAE) as the one that has provided the enemy with bases, and will treat them as an enemy,” Major General Baqeri warned.

The commander further derided the Zionist regime’s idea of ruling over regions from the Nile to the Euphrates, saying Israel is struggling to survive and would fall apart if the US halts its economic support for a moment.

The United Arab Emirates and Israel announced in August they have reached a deal that will lead to a full normalization of diplomatic relations.

The move has drawn strong criticism from many Islamic countries and regional organizations.