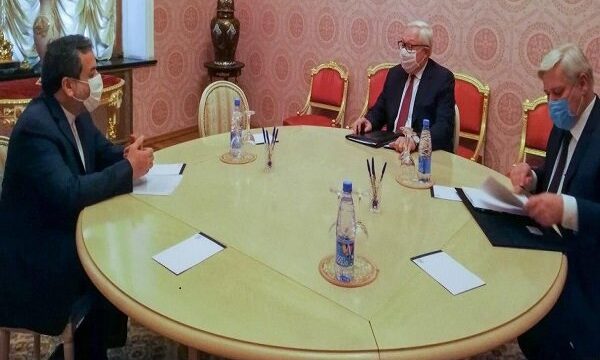 Deputy foreign ministers of Iran and Russia emphasized the illegality of US efforts in reinstating sanctions imposed against the Islamic Republic of Iran.

In this bilateral meeting, the two sides stressed the illegality of US efforts for reinstating sanctions as lifted by the UN Security Council.

Iran’s nuclear program dubbed Joint Comprehensive Plan of Action (JCPOA), attempts of JCPOA members for preserving and fully implementing this international deal were of the main topics discussed by the two sides.

Araghchi and Ryablov also exchanged their views on the bilateral ties, regional and international issues as well as other issues of mutual concerns.

Zarif met and held talks with his Russian counterpart, Sergey Lavrov, on Thursday and discussed bilateral ties, developments in Syria and Afghanistan, and also the Joint Comprehensive Plan of Action.