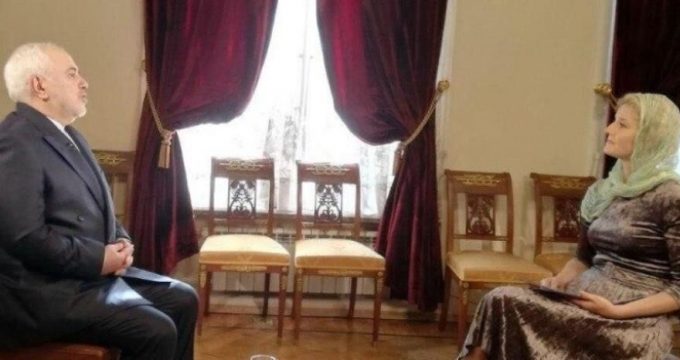 Iranian Foreign Minister Mohammad Javad Zarif said that Iran and Russia have so far had good talks with regard to military cooperation and consultations in this field will continue.

Speaking in an interview with Russian media ‘Sputnik’, Zarif elaborated on the possibility of signing military contract between Iran and Russia after lifting Iran’s arms embargo, saying the two countries have so far had good talks in this regard.

He noted that Iran has become self-sufficient in many military fields.

“In some fields we seriously need to maintain military cooperation with our friends in Russia and other countries which are ready to cooperate with Iran based on international regulations. My colleagues in military sector will continue these talks seriously,” he reiterated.

Elsewhere in his remarks, Zarif said due to the situation resulted by COVID19, Russian President Vladimir Putin’s suggestion with regard to creating Green Corridor” for trading basic items is of importance.

Zarif arrived in Moscow late on Wednesday to discuss JCPOA and regional developments with his counterpart Sergei Lavrov.

Earlier, Iran’s Ambassador to Russia Kazem Jalali said on Wednesday that Zarif and his Russian counterpart Sergei Lavrov will review JCPOA and regional developments during former’s imminent visit to Moscow.

He further noted that Russia, as a supporter of the JCPOA, has recently opposed a resolution of the International Atomic Energy Agency’s Board of Governors; Iran and Russia are in full solidarity against US anti-humanitarian and unilateral sanctions.