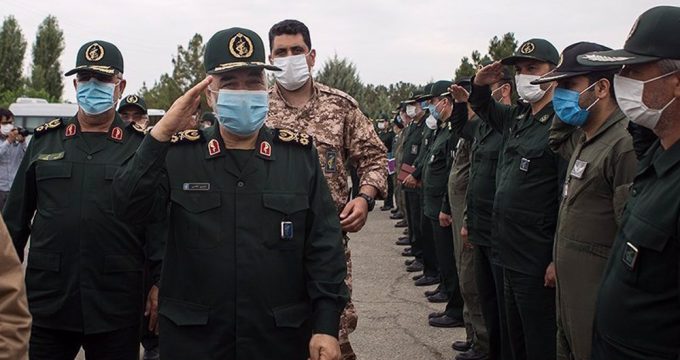 Iran’s Islamic Revolution Guards Corps (IRGC) begins constructing the first all-Iranian petroleum refinery in the southern Iranian port city of Bandar Abbas, vowing that it will not allow the American sanctions to halt any development project in the country.

The groundbreaking ceremony of the refinery, which is to be constructed in the vicinity of the Persian Gulf Star Oil Refinery, was held in the presence of IRGC Chief Commander Major General Hossein Salami on Thursday.

The IRGC’s Khatam al-Anbia Construction Headquarters, an Iranian engineering firm and one of the main contractors involved in the refinery’s construction, will undertake construction of the project some 18 kilometres northwest of Bandar Abbas in cooperation with the private sector.

Speaking at the inauguration ceremony, Salami said the construction of the Persian Gulf Star oil refinery, which made the country self-sufficient in the production of gasoline and other gas condensate, was also carried out by Khatam al-Anbia Construction Headquarters.

“This oil refinery will be another valuable achievement in the path of self-sufficiency and independence of our Islamic homeland,” he said.

He assured the nation that the IRGC would do all in its power to help the country move on the path of progress despite the US sanctions.

The IRGC would use all its capacities to help the Islamic Republic continue to make progress,” he said.

The Iranian general said that the IRGC would never allow any of the country’s development projects to come to a halt amid the US sanctions, stressing that the enemies will be defeated in the face of the Iranian nation’s resolve just as before.

Also addressing the ceremony, Saeed Mohammad commander of the Khatam al-Anbia Construction Headquarters said all stages of designing and constructing this all-Iranian oil refinery had been carried out in coordination with the government “so that we can use our full national capacities to strengthen our country’s economy and independence.”

The refinery reportedly will be built at a cost of $460 million and is scheduled to be constructed within 24 months.

The IRGC, a military force tasked with major missions inside and outside Iran, has expanded its development and construction activities over the past years. That has caused the United States to pile more pressure on the elite force and accuse it of involvement in illegal activities.

The Guards have played a major role in reconstruction activities since massive floods swept through areas in south, west and north of Iran in March, leaving tens of thousands homeless.

That came right at a time when US President Donald Trump decided to designate the IRGC as a terrorist organization, a first such move in the world by a country to impose sanctions on an official military force of another country.