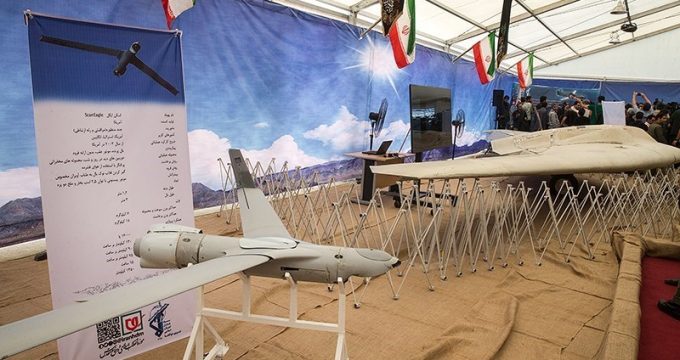 In a ceremony in the southern port city of Bandar Abbas on Wednesday morning, the IRGC Navy commander said the new drones are capable of taking aerial images of fixed and mobile naval targets in combat operations.

According to Rear Admiral Ali Reza Tangsiri, all IRGC Navy operations are now carried out with homegrown drones as the new aircraft have joined its fleet.

The IRGC Navy commander said the three new drones can take off from naval vessels.

Another drone that joined the IRGC Navy’s fleet was Mohajer-6, an all-weather pilotless aircraft with a range of 200 kilometers and designed to carry a payload of 4 missiles.

The other new products include two amphibious helicopters and four combat choppers armed with missiles.