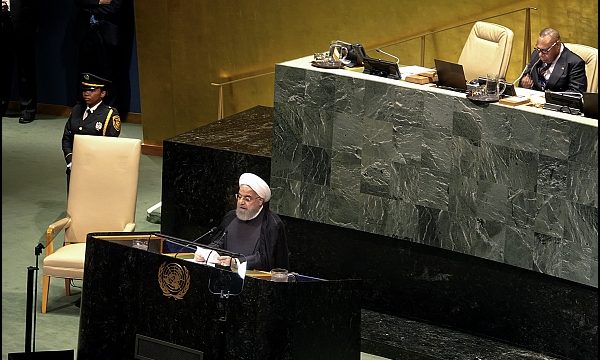 US reasoning for return of Iran sanctions ‘Funny’: Lavrov

Washington’s reasoning behind bringing back the UN sanctions against Iran looks “funny,” as the majority of UN Security Council members – 13 out of 15 – do not support activating the ‘snapback’ mechanism, the Russian foreign minister said.

A senior spokesman for the General Staff of the Iranian Armed Forces said the Islamic Republic has provided Yemenis with thes experience and know-how in the defense sector.

Spox. likens Trump to Saddam for anti-Iran moves in public

Comparing the Saddam and Trump’s anti-Iran moves, the Iranian Government spokesman noted Saddam tore up the 1975 Algiers Agreement in front of the cameras, and today Trump is doing the same thing with the JCPOA.

Iran has gained such great military capabilities that it can detect and counter the threats at any location, even outside the border, Defense Minister Brigadier General Amir Hatami said.

President Hassan Rouhani said in a message issued on the occasion of the Holy Defense Week that “insight” into enemies’ moves is the fruit of 40 years of resistance by people of Iran.

Iranian Foreign Minister Mohammad Javad Zarif in a Twitter message which was released on the occasion of the International Day of Peace, underlined necessity of international peace and security.

Iran is constantly monitoring the enemies in and outside the region, a senior Iranian Army commander said, warning that any harm to the country would draw a severe response from the Armed Forces.

The Iranian Health Ministry has confirmed 3,712 COVID-19 infections and 178 deaths due to the disease in the past 24 hours.