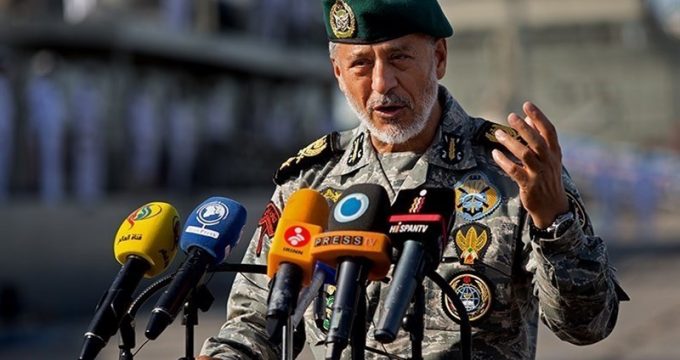 Tasnim – Iran is constantly monitoring the enemies in and outside the region, a senior Iranian Army commander said, warning that any harm to the country would draw a severe response from the Armed Forces.

Speaking at a televised interview on Monday, Deputy Chief of Iran’s Army for Coordination Rear Admiral Habibollah Sayyari said the Islamic Republic is evaluating the enemy’s combat capabilities in the region and beyond.

“We are monitoring our enemies in the region and beyond. We know the threats very well,” the commander added.

He also highlighted the unity between the Army and the Islamic Revolution Guards Corps, saying they stay together as a “single fist” in the face of enemies.

The Army and the IRGC have such great combat power that any harm to the country from any enemy will receive a serious blow, in such a way that the enemy’s losses would outstrip the benefits of action against Iran, he warned.

Iranian military and political officials have repeatedly warned the enemies about the dire consequences of a military action against the Islamic Republic.