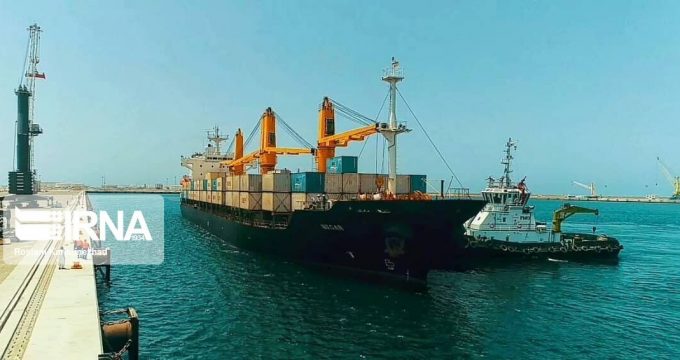 Referring to special discounts granted to businessmen in Chabahar, he said that thanks to Chabahar capacities in accepting different kinds of ships, decreasing sea transfer charges, loading and unloading and movement of consignments with less time and cost, the cargo shipments will continue from Chabahar Port.

He added that by setting up infrastructure and granting special incentives to Chabahar port, it is now an important port and a low-cost route for the regional countries.

He noted that Chabahar Port has encouraged investors in various fields especially owners of businesses, goods and shipping lines to take advantage of the capacities.

He added that by the end of August and after 20 months of cooperation between Iran-India joint operator in Chabahar, the consignment which was transited to Afghanistan through Chabahar Port make up for 23% of total traffic.

He also referred to first Indian sugar consignment to Afghanistan which was transited in 70 containers through Chabahar Port.

Chabahar, as Iran’s only ocean port, plays an important role in developing trade, exports, and imports and in fishing as well.