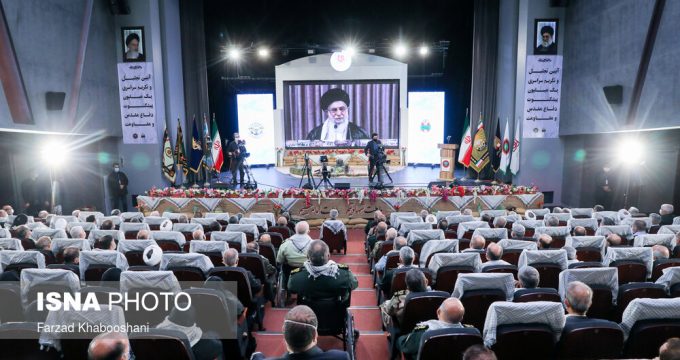 The Iran Project: Supreme Leader of the Islamic Revolution Ayatollah Seyyed Ali Khamenei delivered to a virtual conference on the occasion of Sacred Defense Week.

He hailed the braveries of the Iraq-Iran War veterans, saying that commemorating them is a national responsibility.

Veteransand warriors who are honored today are those who gave up their comfort, life, family and future, and employed all their capabilities against the enemy,” the Leader said.

“They defended Islam, the revolution and honor. Some of them ascended [were martyred] and some stayed and finished the work.”

Ayatollah Khamenei noted that those, such the United States, who hired Saddam were hit hard by the revolution and were surprised by the braveries of the Iranian nation.