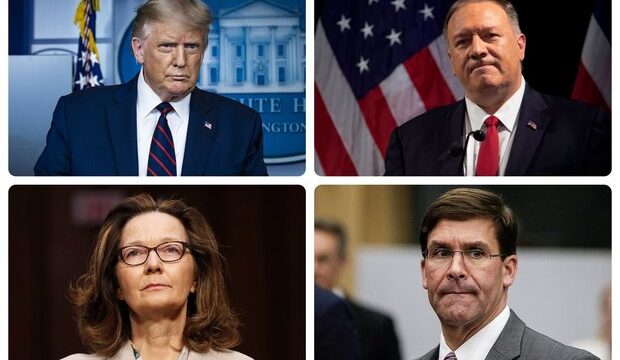 His remarks came around a week after Politico claimed in a report that Iran was weighing to assassinate US ambassador to South Africa in response to a January attack against the top Iranian general.

The IRGC Commander’s stress on targeting anybody who has had a role in assassinating Lt. Gen. Soleimani means that the revenge list is long and open and it will include numerous individuals. So this can lead to widespread speculations about the list.

However, the Iranian revenge list entails the names of some major defendants who must remain worried about revenge forever besides Donald Trump, Mike Pompeo, and Mark Esper.

If Iran is set to retaliate against an American woman, one of the main targets can be CIA director Gina Haspel who has had a major role in planning, spying, and assassinating General Soleimani.

This list also bears a second layer which may be closer for retaliation than others: direct military, intelligence, and political officials of the US in the region who are currently residing in countries near Iran or are regularly commuting between US and the region and who have had a direct or indirect role in assassinating General Soleimani.

The third layer which has great intelligence value comprises field commanders and officers behind the assassination of General Soleimani.