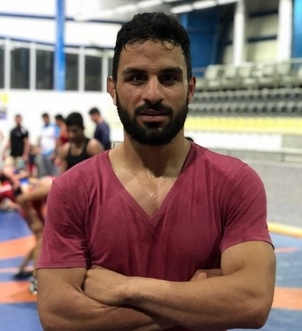 The Iran Project, September 21 – Iranian foreign minister has said the country’s wrestler Navid Afkari was executed earlier this month for murder, rejecting assertions by human rights activists that the death sentence arose from his involvement in street protests.

Iran’s top diplomat made the remarks in a virtual interview with the Council on Foreign Relations in New York on Monday.

Navid Afkari was executed after being convicted of stabbing to death a government employee in the southern Fars province in 2018.

Afkari was executed “this morning (Sept. 12) after legal procedures were carried out at the insistence of the parents and the family of the victim,” the head of the Justice Department in Fars province was quoted as saying by state media.

The 27-year-old fatally had stabbed Hassan Turkman, a water supply company employee, in the southern city of Shiraz during riots over fuel prices in 2018.