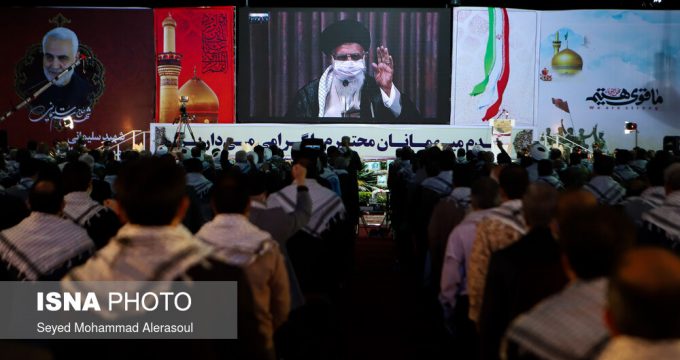 Leader of Islamic Revolution Ayatollah Seyyed Ali Khamenei hailed the braveries of the Iraq-Iran War veterans, saying that the country stood alone against the US, the Soviet Union and the West during the war.

Iranian oil minister Bijan Zanganeh said on Monday that the United States was waging a war against Iran by imposing sanctions on the Islamic Republic’s crude exports.

Director General of the Atomic Energy Agency (IAEA) Rafael Mariano Grossi on Monday once again welcomed the agreement between the Agency and Iran, hoping the agreement will reinforce cooperation and enhance mutual trust.

US President Donald Trump said in an interview that the Joint Comprehensive Plan of Action served Iran and made any other move impossible so he decided to end it.

China dismisses US claims of UN sanctions on Iran as baseless

UN mission shrugs off report of new US sanctions on Iran

The spokesman for Iran’s UN mission reacted to a report that the US is going to impose new sanctions on dozens of people tied to Iran’s arms industry, saying such moves would not change the fact about the humiliating failure of Washington’s maximum pressure policy.

Health Ministry spokeswoman Sima Sadat Lari said on Monday that some 177 more Iranians have died from coronavirus disease (COVID-19) over the past 24 hours.