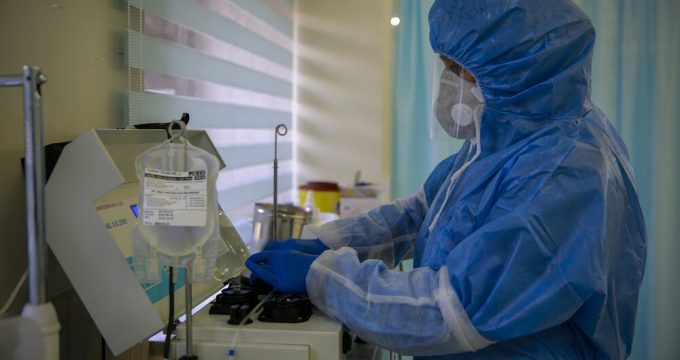 Bourse and Bazaar | Nicki Siamaki: Iran has made strides in the development of its domestic pharmaceutical sector. When measuring by dosage, just 3 percent of pharmaceutical products consumed last year were imported. But when looking to sales value, imports accounted for USD 1.6 billion of the USD 3.6 billion in total sales last year. Many of the pharmaceuticals that Iran imports are expensive therapies, having been produced using advanced technology that Iran currently does not possess.

Given the importance of many of these imported medications are for the treatment of life-threatening diseases, Iran’s Ministry of Health and Medical Education (MoHME) regularly publishes a list of pharmaceuticals that the country needs and is allowed for import. The list for August included pharmaceuticals needed to treat a range of life-threatening diseases, including Lymphoma, Morquio syndrome, Crohn’s disease, and prostate cancer.

US sanctions have made the import of these pharmaceuticals and the raw materials needed to domestically manufacture more basic pharmaceuticals increasingly challenging. While US sanctions ostensibly do not target the humanitarian sector, international financial institutions remain wary of processing humanitarian transactions with Iran due to fear of falling foul to US sanctions, contributing to medicine shortages.

I interviewed two individuals working in Iran’s pharmaceutical sector in late August to discuss medicine shortages and some of the challenges that foreign and local companies operating have faced since the reimposition of US sanctions. Both interviewees, while highlighting an acute need for some medicines, shed light on some of the regulatory, operational and integrity risks that foreign pharmaceutical companies face on the ground.

Ara (A) owns a pharmacy and is a business development specialist for a company that manufactures pharmaceutical products. Fariba (F) works in pharmaceutics in the manufacturing and production of drugs. Their names have been changed to protect their identities.

Has there been an increase in medicine shortages in recent years?

F: Before, it was very easy to import some medicines like Paladix or Aspirin, but now their import is very limited. Branded pharmaceuticals are limited in availability. A lot of the products that are available in pharmacies are from prior to the reimposition of sanctions.

Do you have an example of a pharmaceutical product that witnessed a shortage in the market in recent years?

F: We had massive problems importing insulin pens, which used to be imported through a foreign pharmaceutical company because they cannot be manufactured in Iran. I believe we are still having problems importing them. When you go to pharmacies nowadays it’s very difficult to find insulin pens. We were forced to tell people who had diabetes and needed the pens to go back to their old ways of injecting insulin so that they don’t use insulin pens anymore. Now, Iran is moving towards the direction of manufacturing insulin domestically.

F: A huge problem is the import of the raw materials that we need. A lot of raw materials are made by our own chemists, but sometimes we don’t have the products we need to manufacture the finished pharmaceutical product (i.e tablets). For example, for my own work, I order some of my products from two foreign pharmaceutical companies, but it’s become harder for us to import it from them. The shipping times have become longer and there’s also the issues of sanctions and COVID-19. In another example, I wanted to work on Posaconazole, an anti-fungal medication for which the needed raw material is expensive. Posaconazole is needed for people who are in the ICU because they have a fungal infection that isn’t responding to routine medication. We are looking for a company that will be willing to ship it to us, even in small quantities, but we can’t find any willing company. Posaconazole is not being manufactured in Iran, and with the countries that do produce it, there are problems with the shipping and exchange rate. Before the sanctions, we were going to order some products from Spain, Italy, and Holland, but when the sanctions were re-imposed, all of these got cancelled.

Has it become more challenging to import drugs from foreign manufacturers in the past two years?

A: Yes. Foreign companies need to look at the list of pharmaceuticals published by the MoHME that Iran needs and is allowing to be imported. It has become very hard for pharmaceutical companies operating in Iran to import drugs that are manufactured in the country and the chances of importing them is very low. For the drugs that the country needs, like drugs that they cannot locally manufacture because they use advanced technology, IFDA will usually issue companies a conditional license to import the product. For example, the IFDA will issue a company a conditional license in which it will allow the import of a pharmaceutical product for a short period of time on the condition that next year the company will manufacture the product domestically. In some instances, when the renewal time comes for an active license to import a pharmaceutical product, if it is now being manufactured in Iran, the ministry will not renew the license.

F: The MoHME’s budget is now going more towards hospitals and ensuring that they have what they need to combat COVID-19, so the import of some drugs has reduced, especially the ones that can be manufactured in Iran generically.

Has it become harder for foreign companies to get the necessary license and permits for their operations and has it become easier for domestic companies in recent years?

F: No, you can’t say that exactly. It’s true that we are trying to locally manufacture some drugs, but for some drugs while we have the ability to manufacture the medicine, we currently don’t have the technology needed for the device needed to deliver the drug. For example, for insulin pens, the problem isn’t the medicine, it’s the technology of the pen. Sometimes, it’s not that that it’s too hard to locally manufacture a drug that’s the issue, it’s that it’s too expensive to produce, so it’s not worth it for the manufacturers to produce. However, when sanctions were re-imposed, local manufacturers were forced to try and make some drugs that they otherwise wouldn’t pursue, because there is a need.

What are some things that Iran has been doing to strengthen domestic production in the pharmaceutical sector?

A: If a company now wants to import a pharmaceutical product, the MoHME will sometimes, for example, give the company a license to import only 5 percent of the drug’s market share. In other words, they won’t let one company take control of the whole market for a drug. Before, it was more common that when domestic companies were manufacturing a drug that some companies could import the drug alongside it. But now, the ministry has made it much more difficult to do this. Because of this, the underground market has also become stronger.

F: One way that the government has been trying to drive domestic production of pharmaceuticals that we currently cannot manufacture is through a program called markaze roshd [Growth Center]. If university students have an idea to manufacture a pharmaceutical product, some public universities will provide them funding for up to two years to create it. The University of Tehran and Shahid Beheshti University currently have this program. If the students are not successful in creating the product, it is okay, but if they are successful, they will have to give the university a portion of their profits.

Has the underground market for pharmaceuticals become stronger in the past two years?

A: On the one hand, it’s become harder to import products, but on the other hand, the underground market has thrived in the past few years. Many doctors continue to only approve branded products, so when they prescribe patients pharmaceuticals, they’ll advise their patients to definitely opt for the branded version. Since branded products have become less available in pharmacies, the patient goes towards the underground market to find the product, which could pose a reputational risk to those brands.

How do pharmaceuticals enter the underground market?

A: A lot of kolbars [Kurdish porters who smuggle goods between the Kurdish areas of Iran, Iraq, Syria and Turkey] bring products from Kurdistan in neighboring Iraq. A lot of the products in the underground market come from Turkey, since the price for them is low there. Some travelers from other countries bring products to sell. There are many ways.