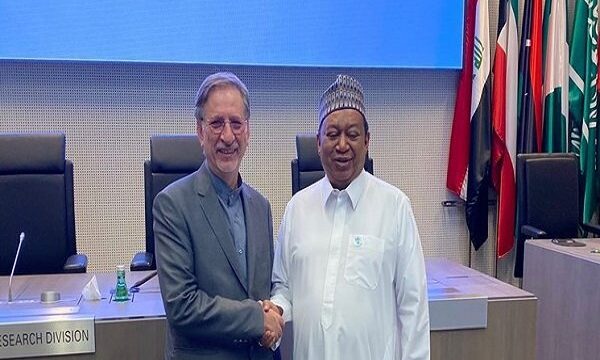 MNA – The Iranian Deputy Foreign Minister for International and Legal Affairs met with the OPEC secretary-general in the Austrian capital Vienna on Sat.

Mohsen Baharvand, who has traveled to Vienna to participate in a meeting of Board of Governors of the International Atomic Energy Agency (IAEA) met and held talks with OPEC Secretary-General, Mohammad Sanusi Barkindo.

In this meeting, held on the occasion of the 60th establishment anniversary of Organization of Petroleum Exporting Countries (OPEC), the two sides discussed the latest developments in the field of energy and relevant issues.

It should be noted that Iranian Deputy Foreign Minister also met and held talks with the Director-General of International Atomic Energy Agency (IAEA) Rafael Grossi and director-general of UNIDO (United National Industrial Development Organization) and delivered a speech at the Agency.