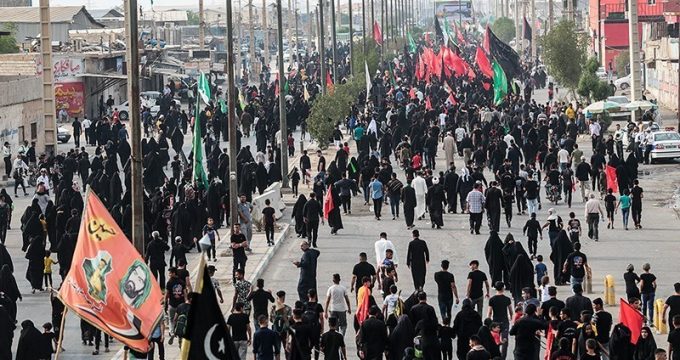 Tasnim – The Iranian Police have peacefully dispersed hundreds of people at a southwestern border crossing as they tried to go to Iraq for the Arbaeen pilgrimage despite a travel ban because of the coronavirus outbreak, an official said.

Director of the Iranian Police’s Information and Communications Center said around 400 Iranian pilgrims gathered at the Shalamche border crossing in the southwestern province of Khuzestan on Friday trying to leave for Iraq for the Arbaeen procession.

Colonel Ahmad Khosravi said the Police officers stepped in and forced the crowd to leave the border crossing zone in a peaceful manner.

He also called on the pilgrims to avoid traveling to the border areas for visiting Iraq, reiterating that Baghdad has cancelled this year’s Arbaeen procession for the foreign pilgrims as part of the health policies to contain the spread of coronavirus.

The officials have already announced the cancellation of Iranians’ participation in this year’s Arbaeen procession in Iraq due to the outbreak of the coronavirus.

Each year, millions of Shiites flock to the Iraqi city of Karbala, where the holy shrine of Imam Hussein (AS) is located, to perform mourning rites 40 days after Ashura.