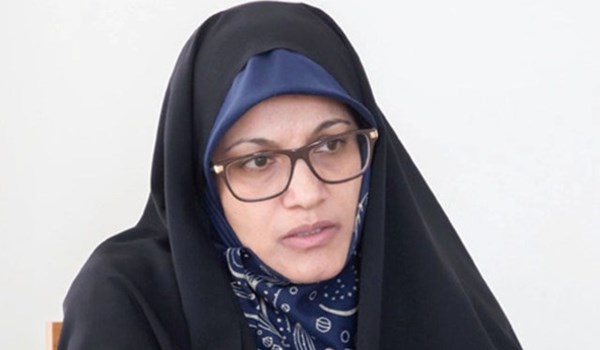 FNA – A senior member of the Iranian parliament’s National Security and Foreign Policy Commission warned that if the US returns the suspended UN sanctions against her nation, Tehran will reactivate its peaceful nuclear industry without restrictions met under the nuclear deal.

“If the US succeeds in automatically returning the sanctions, then there will be left nothing called the nuclear deal and certainly, the Islamic Republic of Iran will discard the undertakings it was implementing under the nuclear deal,” Zohreh Elahian told FNA on Wednesday.

“The parliament is determined to give up the Islamic Republic of Iran’s undertakings under the nuclear deal in case the sanctions are reinstated on Saturday and our country’s peaceful nuclear industry will again continue its activities without limitations of the nuclear deal,” she added.

Earlier today, a senior Iranian legislator had also warned the US and Europe that activation of the trigger mechanism against Iran will force the government to withdraw from all its undertakings based on the nuclear deal.

“We caution the enemy that if it wants to activate this mechanism, certainly the revolutionary parliament will require the government to drop all its undertakings based on the nuclear deal, including the Additional Protocol (to the Non-Proliferation Treaty),” Seyed Jalil Mir-Mohammadi said, addressing an open session of the parliament in Tehran on Wednesday.

He also called on the lawmakers to more seriously pursue approval of the triple-urgency bill which requires the government to adopt reciprocal measures against the US and European states’ collaboration at the UN Security Council against Tehran.

Another Iranian MP had also on Tuesday declared preparation of the parliament to approve the triple-urgency bill.

“The Europeans are playing a hypocritical game about the US attempts to activate the trigger mechanism and their declared policies are different from what they do,” Nasrollah Pejmanfar said, addressing an open session of the parliament.

He noted that the parliament should study the bad cop and good cop game launched by the US and the Europeans against Iran more thoroughly.

“The parliament has prepared a triple-urgency bill in this regard to adopt appropriate actions against the Europeans and Americans’ mischievous collaboration,” Pejmanfar said.

US President Donald Trump, a stern critic of the historic deal, unilaterally pulled Washington out of the JCPOA in May 2018, and unleashed the “toughest ever” sanctions against the Islamic Republic in defiance of global criticism in an attempt to strangle the Iranian oil trade, but to no avail since its “so-called maximum pressure policy” has failed to push Tehran to the negotiating table.

The United Nations Security Council resoundingly rejected last month the second US bid to extend an arms embargo on Iran, which is due to expire in October.

In relevant remarks in August, Iranian Foreign Minister Mohammad Javad Zarif said it is by no means justifiable for the US to use Dispute Resolution Mechanism with regard to UNSC Resolution 2231.

Zarif’ tweet came in reaction to former US National Security Advisor John Bolton’s article in Wall Street Journal where he criticized US’ decision to trigger ‘snapback mechanism’ against Iran, saying, “The agreement [Joint Comprehensive Plan of Action]’s backers argue that Washington, having withdrawn from the deal, has no standing to invoke its provisions. They’re right. It’s too cute by half to say we’re in the nuclear deal for purposes we want but not for those we don’t.”