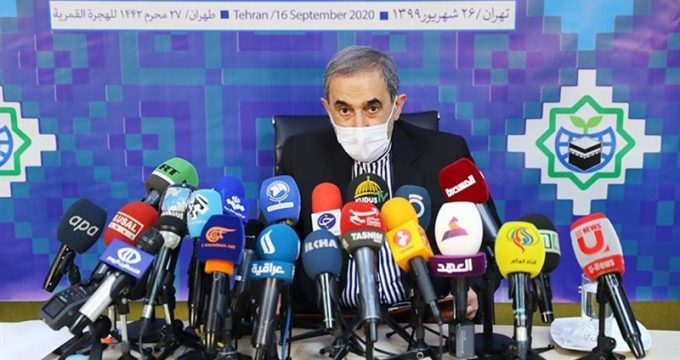 Velayati: Persian Gulf states to pay price for normalization of ties with Israel

Tasnim – Secretary-General of the World Assembly of Islamic Awakening Ali Akbar Velayati warned the Persian Gulf countries which have established ties with Israel that they will have to pay the price for such humiliating normalization plan.

In remarks at the conclusion of 13th session of the Supreme Council of the World Assembly of Islamic Awakening, held as an extraordinary meeting via videoconference at the central office of The Tasnim News Agency in Tehran on Wednesday, Velayati denounced the recent decision from the UAE and Bahrain to normalize relations with Israel as a preparatory plan for the full implementation of the so-called deal of the century.

“Some puppet governments of the Persian Gulf have pinned hopes on nothing and have built a house on water instead of relying on divine promises, unity, the popular willpower and the unique capacities of the Islamic world, in such a way that they should pay the price and face the consequences of such humiliating compromise and normalization (of ties with Israel) from the national and spiritual capital of their countries,” he added.

Velayati also stressed the need for the Islamic community’s unity and resistance against the excessive demands and vicious plots of the enemies. “Further weakening of the peace process and growing strengthening of the resistance current’s determination and resolve would be the only remedy and the way for materialization of the cause of Palestine.”

Hailing Palestine as the first Qibla of Muslims that has been considered as the most important and pivotal issue of the Islamic world over the past 70 years, he decried the hostile attempts for the gradual elimination of Palestine and replacing it with the fake Zionist regime.

The global arrogance has hatched various plots to consign such critical issue to oblivion as the Islamic world’s top priority, he noted.

Attended by experts from around 50 Islamic nations, the webinar was held in response to the wrong and detrimental move by the UAE and Bahrain to recognize the Zionist regime, which has drawn widespread condemnation from around the Muslim world.

The governments of Abu Dhabi and Manama have agreed to normalize ties with Israel as part of a diplomatic push by US President Donald Trump.