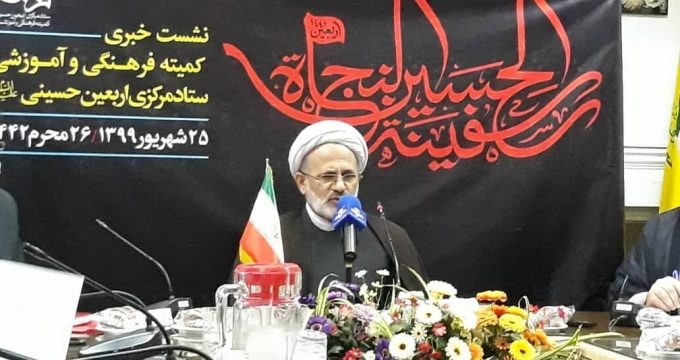 IRNA – Head of cultural and educational section of Arbaeen said on Tuesday that thanks to the outbreak of coronavirus, 2020 Arbaeen rituals was cancelled in Iran and Iraq.

Speaking in a press conference, Hamid Ahmadi said Arbaeen rituals will be replaced by other cultural and religious ceremonies in Iran.

He noted that these ceremonies will held by observing health protocols.

Meanwhile earlier, Iranian Ambassador to Baghdad Iraj Masjedi in a message expressed regret over cancellation of Arbaeen rituals due to the outbreak of coronavirus.

Iran’s ambassador to Baghdad emphasized that the Central Government of Iraq has informed him that it will not allow Arbaeen pilgrims from Iran and other foreign countries to contain coronavirus pandemic.

The Iraqi government has announced the decision for a long time and it will not allow foreign pilgrims to enter the country in any way, he noted.

Arbaeen marks the 40th day of martyrdom of Imam Hossein (AS), the third Imam of Prophet Mohammad (Peace Be Upon Him) Infallible Household and 72 of his companions in 680 AD in a land in modern Iraq after they refused to pledge allegiance to the tyrant Yazid.

Every year, Muslim pilgrims from across the world flock to Iraq in the weeks leading to Arbaeen and walk toward Karbala on foot.